Schreuder puts the Sharks ahead of personal milestones 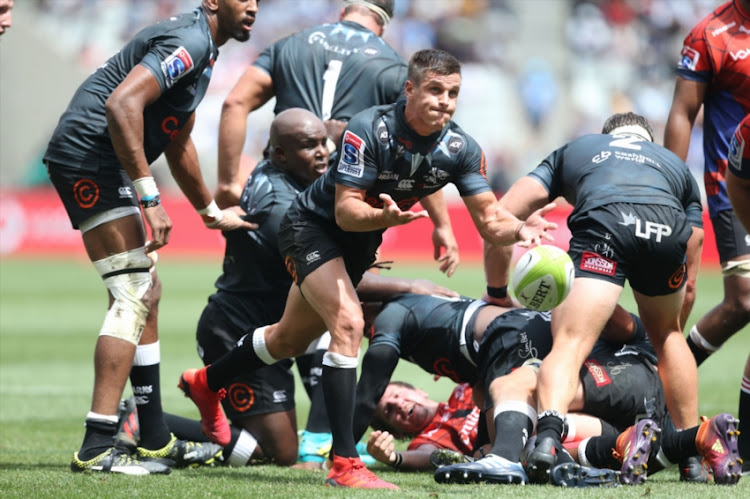 Sharks scrumhalf and captain Louis Schreuder‚ who'll be playing in his 100th Super Rugby game against the Bulls on Saturday‚ said it's all about them winning in Pretoria and less about his milestone.

Schreuder has collected his caps for the Stormers‚ Southern Kings and Sharks.

He's been a key attacking cog for a Sharks backline that has looked like gold when they've received front-foot ball.

The Bulls pack‚ which rocked up against the Lions at Ellis Park on Saturday in no uncertain terms‚ will target a Sharks pack that couldn't deal with the physicality presented to them by the Stormers at Kings Park last week.

“I think this milestone is exciting for me.

"I haven't given it much thought yet but it's not about myself. It's about the team and how they perform. The milestone will definitely take a back seat this weekend‚” Schreuder said.

“It's not up to me for motivation for this weekend because if you're not motivated yourself for this weekend‚ then you're in the wrong profession‚ especially after the loss against the Stormers.”

In their previous three games‚ the Sharks kept an unchanged outfit but with injuries taking their toll‚ changes had to be made.

On the bench‚ hooker Fezokuhle Mbatha and lock Rubin van Heerden are in line to make their Super Rugby debuts. Grant Williams replaces Cameron Wright on the bench as the reserve scrumhalf.

Du Preez said the changes were inevitable because of the attritional nature of this year's tournament.

“I've always said from the word go that this is the year where we'll be exposing the bigger squad and I think this is the right time to do it this weekend‚” Du Preez said.

“These changes are either through little niggles or it's rotational changes that needed to be made.”