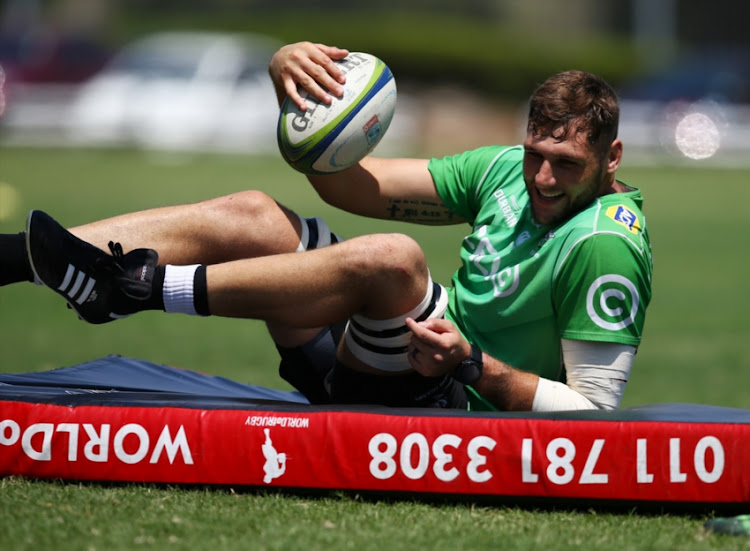 Sharks lock Ruan Botha may have some serious individual battles to deal with on Saturday when the Stormers travel to Durban.

However‚ he said it's the team effort that'll make the difference at Kings Park.

The Stormers lineout hasn't been very efficient but the Robbie Fleck's side has line-out exponents who on their day‚ can make a serious nuisance of themselves.

The Sharks were not tested at line-out time in their bonus point wins against the Sunwolves and the Blues but the Stormers‚ being a South African side‚ will have sharpened up in this department.

“The one lesson we learnt last year was that as soon as we get tied up in individual battles‚ that's when the rest comes second.

"We do have individual goals but you're only as good as the team can be. You can't do anything on your own‚” Botha said.

The Stormers haven't got out of first gear in their opening two games against the Bulls and the Lions but they still possess a fearsome pack.

The Sharks had a good session against a much-improved Blues pack that contained two All Black props in Karl Tu'inukuafe and Ofa Tu'ungafasi but a South African pack has the cohesive and abrasive physicality that New Zealand teams don't have.

Botha said the set-piece battle is going to be immense.

“They'll come with a massive set-piece‚ they'll want to disrupt our set-piece and we'll want to do the same. It'll all come down to the set-pieces and it's going to be a big game‚” Botha said.

“The set-piece is going to be a big battle‚ especially up front with both packs being good. There's also exciting backs in both teams and they both want to have a go at each other.”

Saturday's clash will be the Sharks' second home game and they've had an emphasis on collecting points at home. All the South African teams except for the Lions‚ have collected points at home this season. Botha said the significance of winning at home isn't lost on them.

As sub-standard the Stormers have been so far this season‚ they were able to beat the Lions at Newlands last week.

“The one thing you can take out of the results of the South African teams is the importance of the home game.

Teams playing at home have generally done well. This is our fortress and this is our home and we want to keep on playing exciting rugby‚” Botha said.