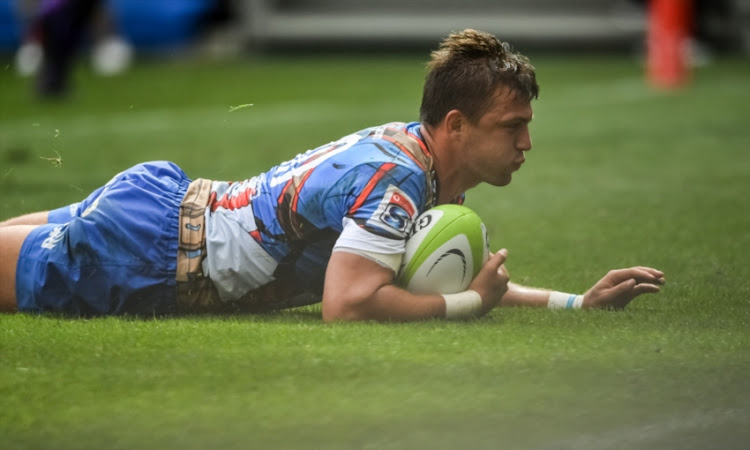 Bulls stand-in captain Handrè Pollard says they have put their setback against the Jaguares in Buenos Aires last weekend behind them and they are prepared to make amends in the Super Rugby derby against the Lions on Saturday.

The Bulls started their campaign with an emphatic 40-3 win over the Stormers two weeks ago at Loftus but they stumbled to a 27-12 defeat to the Jaguares last weekend.

Pollard said they were hard on themselves after that defeat.

“Absolutely‚ we are hard on ourselves when things don’t go right because we have set high standards‚” he said at Loftus on Wednesday where coach Pote Human made a few injury-enforced changes to the team to make the short trip across the Jukskei to face the Lions.

“We are a process and results-driven team and the Argentina result left us all frustrated for a couple of days.

"But we have put that behind us and we are looking forward to the match against the Lions this coming this weekend.”

Pollard‚ who will captain the side in the absence of injured Lood de Jager‚ added that victory at the home of their bitter rivals is important because they don’t want to drop too many points at this early stage of the season.

“It is still early in the season but if you lose two or three matches it will be difficult to chase the rest of the pack.

"That is the reason it is important to have a good start to the campaign to that you can be able to keep up‚” said Pollard.

Injured De Jager has been replaced by former Junior Springbok Snyman who has been given the job of calling the line-outs while Blitzbok star Dylan Sage will start in the place of Burger Odendaal to form a new midfield combination with Jesse Kriel.

“Burger injured his shoulder yesterday at training and Dylan comes in for him with Divan Rossouw on the bench.

"We are going to miss Burger but having said that‚ Dylan played a good game in the warm-up against the Sharks and he deserves his chance because he is a workhorse with never-say-die attitude.

"Trevor Nyakane went through the scrum drills this morning and I am happy with him and he stays in the starting line-up‚” explained Human about his changes.

Pollard went on to add that they have overcome the effects of the long flight back from Buenos Aires.

“It is tough travelling back from Argentina‚ it is the same with Australia‚" he said.

"But we had a good plan last week where we worked on recovery for this week.

"The boys look fresh after a few rest days and they are raring to go on Saturday.

"No one needs motivation for a game like this and the guys looking forward to it.