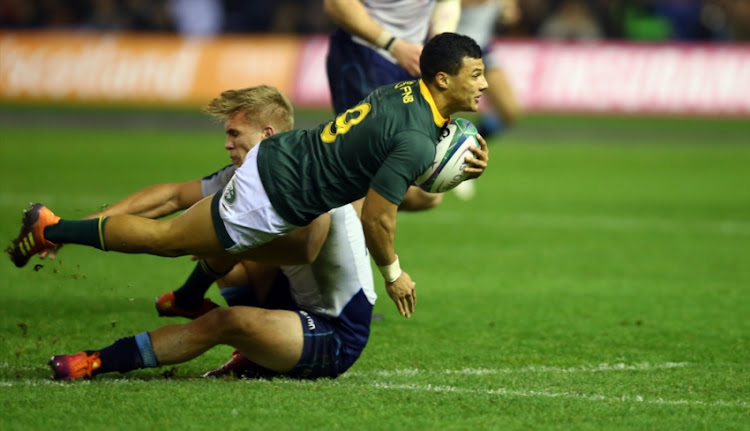 Bulls coach Pote Human believes that highly promising scrumhalf Embrose Papier has the talent to establish himself as one of the best players in the world.

The 21-year old is going to be a key player for the Bulls during Super Rugby campaign where they are chasing a place in the elusive knockout stages. The knockout stage has eluded the Bulls for the past six years of underachievement at Loftus.

“You can’t tell him what to do because he is a special player with special talents‚” said Human after confirming that the diminutive Papier will start at number nine in their Super Rugby opener against the Stormers on Saturday at home.

“He must play what he sees in front of him and be given the opportunity to express himself and show us his talent.

"If you put him in a set mindset‚ you will restrict his ability to express himself and that will hamper his development.

"He has a great feeling for the game and I will encourage him to go out there and enjoy himself while sticking to processes and fundamentals of the team.”

At the age of 21‚ Papier has already represented the Springboks on seven occasions and he is seen as the future replacement for Faf du Plessis who is the current first choice at scrumhalf position.

In the seven matches that he has played for the Springboks‚ he made five appearances from the bench and he started twice.

Some of the notable opposition that he has faced includes world champions New Zealand‚ England and Wales.

“He is a Springbok already but he is still a youngster who must not be burdened with pressure too pressure‚" he said.

"I really believe that this will be the year he comes of age and shows the world what he is truly made of.

"He has a big heart and most importantly he has a good head on his shoulders and I am looking forward to seeing him play this year.”

Papier is following in the footsteps of the great Bulls number nines in Fourie Du Preez and the late Joost van der Westhuizen who did not only bring silverware to Loftus but carved their names into Loftus folklore.

His strong points are his crisp and quick passes off the base of the scrum and ruck and he has the ability to make the right decisions under pressure which are attributes that could to be a valuable for the Bulls this season.