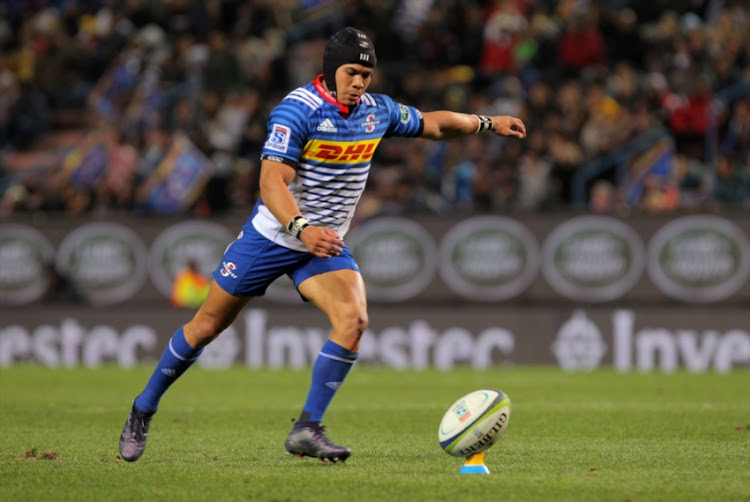 Cheslin Kolbe of the Stormers during the Super Rugby match between DHL Stormers and Sunwolves at DHL Newlands on July 08, 2017 in Cape Town, South Africa.
Image: Petri Oeschger/Gallo Images

Flying wing Cheslin Kolbe and solid No.8 Sikhumbuzo Notshe will start for South Africa against Australia in their Rugby Championship clash at Nelson Mandela Bay Stadium in Port Elizabeth on Saturday.

Springbok coach Rassie Erasmus on Thursday named Kolbe and Notshe as run-on starters in two of four changes to the Bok starting lineup that sprung a surprise victory over the All Blacks in Wellington.

Kolbe‚ who made his debut against Australia earlier this month‚ replaces Jesse Kriel on the right wing.

Kriel has been moved to outside centre and will partner the strong-running Andre Esterhuizen in an adjusted Bok midfield brought about by injuries to Damian de Allende and Lukhanyo Am.

Among the forwards‚ there is a rotational switch at loosehead prop with Tendai Mtawarira coming in for Steven Kitshoff‚ who moves to the bench.

Marco van Staden enters the match-day squad as a replacement for Francois Louw on the bench and Embrose Papier is second scrumhalf in place of Ross Cronje. Utility back Damian Willemse is also on the bench.

Erasmus said he has been pleased by the performances of Kolbe since his call-up to the squad ahead the Brisbane Test.

“Cheslin has been very impressive since he joined the squad a few weeks ago and now he gets a deserved opportunity to start in a big Test‚” Erasmus said.

“The same applies for Notshe‚ who did very well in the role of impact player during the English series. He has kept on working hard and he deserves his opportunity in the starting team.

“The inclusion of ‘Beast’ [Mtawarira] in the front row is a straight swap for Steven‚ and Jesse returns to outside centre‚ a position where he has played most of his Test rugby‚ next to André‚ who started in four Tests already this year.”