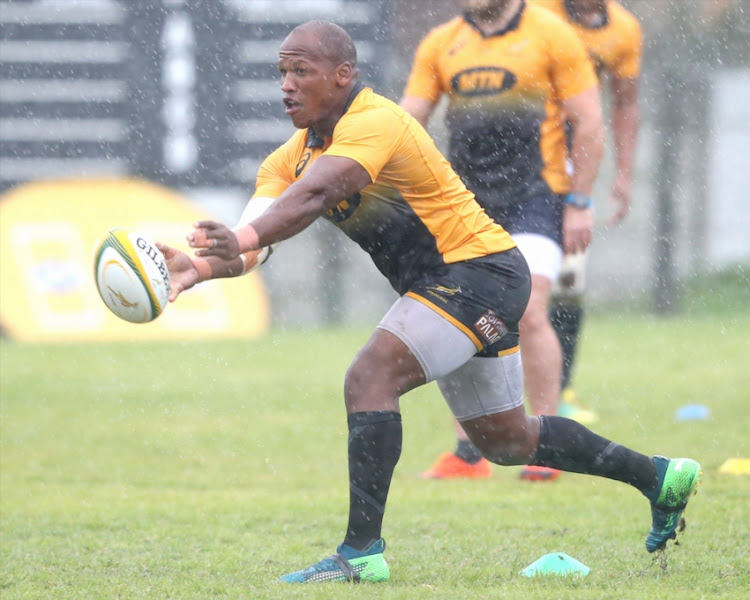 Western Province received a boost with the release of four Springbok players from the Test squad who are eligible for this weekend’s Currie Cup match against Griquas.

Prop Wilco Louw and hooker Bongi Mbonambi‚ who both came off the bench during last week’s famous 36-34 win over the All Blacks in Wellington‚ are among them.

Utility back Damian Willemse and looseforward Sikhumbuzo Notshe‚ who didn’t feature on the recent Australasian Rugby Championship tour‚ were the other two players released.

Although they are all classy players‚ it does give WP coach John Dobson some selection posers as his side has been in sparkling form during the first half of the tournament.

WP have a maximum of 15 points from three games and because of the truncated format of this year’s Currie Cup‚ Dobson indicated that he needs to pick his best team every week.

There is no time for experimentation in a single round competition.

Ignoring the credentials of those players is hard to do‚ but also understandable if he does‚ as they are all likely to return to the Boks next week for another fortnight.

Dobson would also view the match against Griquas at Newlands as one where he could tinker with his side anyway‚ giving some of his fringe Currie Cup players a chance.

He would also like to build combinations such as at halfback where Jano Vermaak and Josh Stander are developing nicely.

Axing Stander for Willemse now‚ when the former might be vital in the latter stages of the competition‚ is a big call.

Similarly breaking up the loose trio and front rows to accommodate the returning Boks might be counterproductive in the long term because it takes away another game for the current crop to develop their combinations.

“Obviously it is up to Dobbo‚ but there would potentially be a couple of places up for grabs this week‚” WP assistant coach Gareth Wright said about changing the team.

“We had a good win last week [65-38 over the Lions]‚ but in the context of the competition it is only the halfway point. This season you cannot afford to slip up and we will not be easing off in any way this week.

“In terms of injuries there are a few niggles but nothing serious and a few guys who were injured are also on the mend.

“Our selection will be determined by what we expect from Griquas. The players are professional and we know that Griquas will be out to raise their game against us. Ultimately though we need to stick to our process and focus on our team and how we can get better.”

Other Boks released for provincial duty included prop Thomas du Toit to the Sharks‚ Ross Cronje to the Golden Lions and Embrose Papier and Marco van Staden to the Blue Bulls.