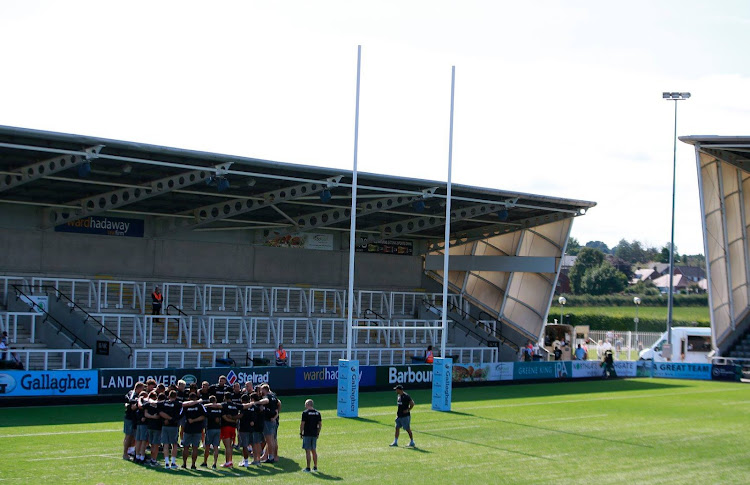 English rugby giants Saracens this week opened‚ what is thought to be‚ the first high school funded and run by a professional sports club.

The move will form part of Saracens’ drive to further integrate itself with the local community in North London‚ but it could also be used as way to recruit promising schoolboy rugby talent to the club.

Saracens have endured years of running at a loss and earlier this year South African billionaire Johann Rupert‚ who was a 50% shareholder in the club‚ sold his stock to original owner Nigel Wray.

This week it emerged that the English game is on the cusp of a seismic change with an offer from investment company CVC to buy a 51% stake in Premier Rugby Ltd (PRL)‚ the company that owns and runs the Premiership in England.

CVC Capital Partners are the company that were a majority shareholder in F1 for a decade and who made a huge success for the sport and for their own earnings during their venture into motorsport.

All English clubs have to agree to the sale at a meeting next week‚ and if they do it would net them each £17m (R323m) in a once-off payment outside of existing broadcast deals and sponsorships.

A huge cash-injection from CVC‚ along with their strategic and business track record would drive the growth of the Premiership.

Their ambition is to become rugby’s version of Football’s Premier League.

“There are opportunities out there to attract significant amounts of capital that can accelerate growth and make us bigger‚ better and stronger‚” PRL’s chief executive Mark McCafferty told the Guardian. “We’ve got a variety of options as to how to achieve that.”

“What’s clear to the owners is that this is a very valuable business and it’s growing very quickly‚” McCafferty said.

“They want to see that reflected in whatever structure they pursue. I think things will change. It feels like the time is right to do something.”

Saracens’ launch of a high school is not linked to this deal‚ but it could become a useful vessel to lure top talent into the English system at a young age of the Premiership becomes the richest league in the world.

One hundred and fifty-six pupils (in grade seven) will attend the new free mainstream secondary school in Barnet‚ North London.

Some of the most disadvantaged children in London will benefit from progressive education programmes.

Wray‚ Chairman of Saracens‚ said: “What a challenge and a privilege to be able to open a school‚ to try and make a real difference to young people in a disadvantaged community.

“Saracens High School is‚ we believe‚ the first mainstream secondary school ever to be set up by a professional sports club. Our aim‚ as it is for our players‚ is to help every young person be the best they can possibly be.

“Saracens High School will provide young people with a journey of new experiences and opportunities‚ and with the care and support to help them along their pathway.

“Helping the local community prosper is at the heart of everything we do‚ and we are extremely proud to be able to use our position to bring about positive change through the power of sport.

Springboks captain Siya Kolisi says he is not surprised by the unexpected changes that were made by Australia coach Michael Cheika ahead of their ...
Sport
3 years ago

Australia have suffered a massive blow on the eve of their Rugby Championship clash against SA on Saturday after influential No 8 David Pocock was ...
Sport
3 years ago
Next Article