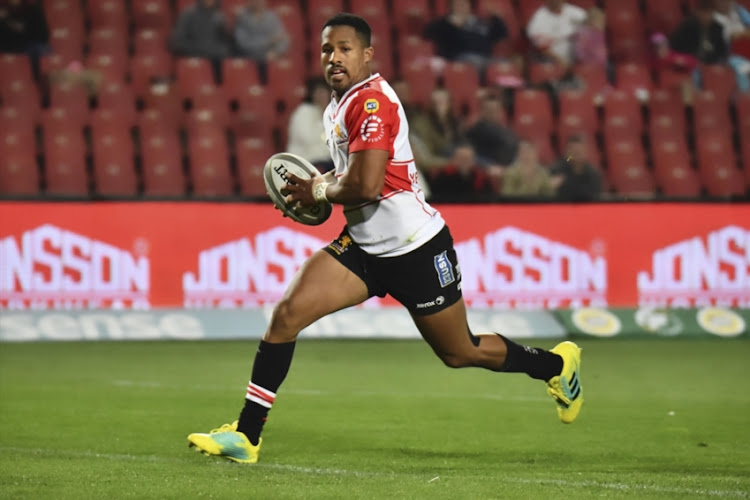 The Free State XV are having to reach so deep into their reserves that the Golden Lions don’t see the need to steel themselves against a specific threat from their opponents ahead of Saturday’s Currie Cup clash at Ellis Park.

“This week we’ve only been prepping our own things‚” said Mahuza.

“We don’t know what we are going to get from them.

"How they will shoot on defence and attack? We have to focus on what we have to do.”

Following many defections‚ the Free State franchise’s resources are spread thin across the Currie Cup and the Pro14.

Mahuza‚ however‚ is loath to write the little-known opposition off ahead of Saturday’s clash.

“They are eager. They are a young team‚ very youthful.

"That’s a strength for them because they are eager to play.

"For us it will be a different challenge to the Blue Bulls who saw a few weaknesses in our defence We’ll step it up. It will be a challenge but we are better prepared now‚” said Mahuza.

Despite a change of head coach from Swys de Bruin to Ivan van Rooyen‚ the Lions have kicked off their campaign in the much shortened Currie Cup with a home win over Griquas and an away triumph over the Blue Bulls.

“After Super Rugby this is a good start for us.

"There are a lot of new faces and guys taking their opportunities‚” said Mahuza.

The change in head coach hasn’t seen a shift in philosophy.

“We enjoy Cashie (Van Rooyen) as head coach‚" he said.

"He speaks as much as he does in Super Rugby as well. He’s been in the structure for six‚ seven years. Everything has been pretty much the same.”

Mahuza is seeing more game time now than he did in Super Rugby.

He is not too fussed about playing on the wing as opposed to playing in the last line of defence.

“With this team you’re never sure‚" he said.

Coach Swys (de Bruin) always says you need to play all the positions and you need to know the detail that goes with it. I love every position they put me in.

"I just need to be useful. Fullback‚ or wing‚ it doesn’t really matter.”

The Lions will be hoping prop Johannes Jonker will regain fitness in time for Saturday’s clash.

He suffered a stinger (shoulder injury) against the Bulls and will have to complete a fitness test on Thursday.

Lock and captain Marvin Orie is recovering from concussion‚ as is hooker Corne Fourie.