Late chance for JD Schickerling to catch the eye 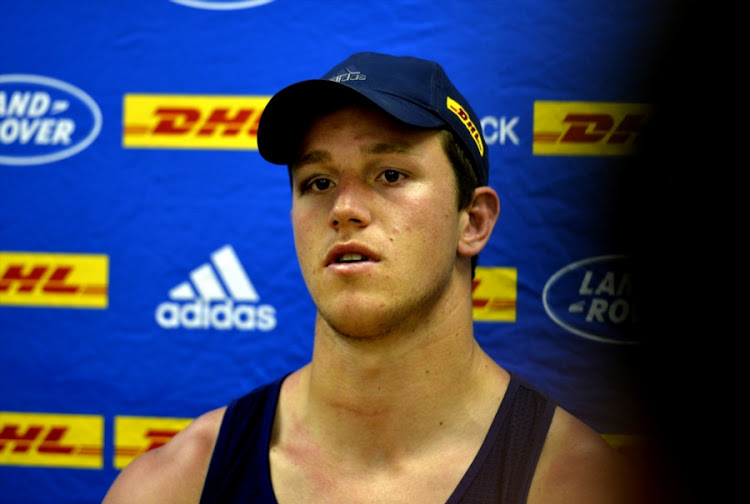 Lock JD Schickerling will have a last chance to catch the eye of Springbok coach Rassie Erasmus this weekend after being declared fit for the Stormers’ final Super Rugby match of the campaign.

Schickerling‚ 23‚ who played in the first three rounds of the tournament was in impressive form before being struck down.

A torn bicep in round three against the Crusaders ruled him out for nearly four months and ruined any chance he had of making the Bok squad in June.

But after extensive rehabilitation‚ which included playing for Western Province in the SuperSport Rugby Challenge last weekend‚ Schickerling will have a chance to remind all of his abilities.

During that match against the Crusaders‚ Schickerling was in superb form against All Black locks Scott Barrett‚ Sam Whitelock and later Luke Romano.

After a season that started with optimism and promise‚ the Stormers’ 2018 Super Rugby campaign has unravelled to become the worst in the franchise’s ...
Sport
3 years ago

Out of the four he was the standout performer on the field.

Erasmus is known to be an admirer of Schickerling’s work rate and athleticism‚ as well as his improved physicality.

But while he sat on the sidelines‚ others have moved forward in the pecking order‚ making the Stormers’ man elevation to the Bok squad for the Rugby Championships unlikely.

Bulls lock RG Snyman made his Test debut against England in June and was one of the stand-out performers for the Boks during the 2-1 series win.

The Lions’ Marvin Orie made his debut against Wales in Washington while Bulls lock Jason Jenkins also caught the eye on debut against the Welsh. Schickerling’s injury couldn’t have come at a worse time‚ given all the second row depth in SA at the moment.

But another strong showing for the Stormers won’t be ignored. The Cape side’s season derailed weeks ago and they only have pride left to play for against the Sharks at Newlands this weekend.

Former Springbok coach Peter de Villiers has seen some strange things in rugby‚ but the sight of his team sleeping on the streets of a foreign city ...
Sport
3 years ago

But for Schickerling and wing Dillyn Leyds‚ who was a regular member of the Boks quad in 2017‚ there are personal gains to be made.

Of course‚ the match is vital for the visitors‚ who still have a very strong claim to reaching the play-offs‚ but it will require victory at Newlands.

Hooker Scarra Ntubeni is also back for the Stormers after a minor niggle. Scrumhalf Justin Phillips is battling a rib injury and will be assessed in the week to determine if he is fit to play.

The Stormers will also be without fullback SP Marais‚ who has a quad injury‚ as well as lock Eben Etzebeth who continues to recover from a back and nerve injury.

The other players on the long-term injury list are Jaco Coetzee (repeated concussion)‚ Seabelo Senatla (groin) and Dan du Plessis (knee)‚ with their return to be determined by how their recovery progresses.

When some rugby was actually played at King's Park Satdium on Saturday the Lions guided by history, and perhaps a smattering of ignorance and ...
Sport
3 years ago

Sharks coach Robert du Preez asked his players to play for each other when his side faced the very real prospect of an eighth straight defeat to the ...
Sport
3 years ago
Next Article