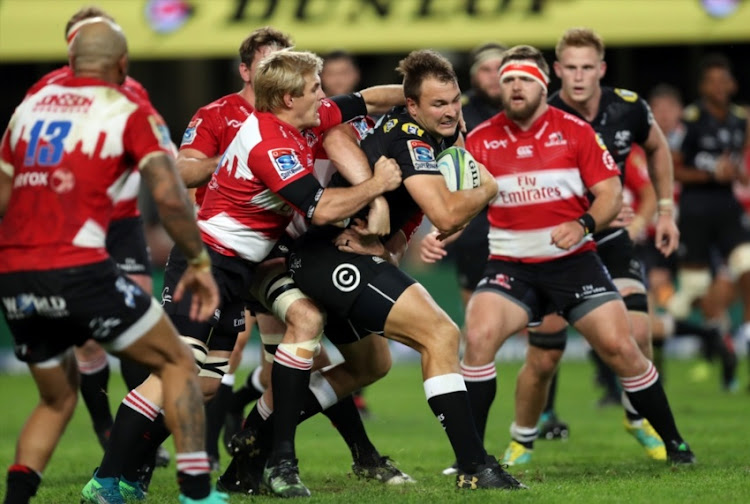 When some rugby was actually played at King's Park Satdium on Saturday the Lions guided by history, and perhaps a smattering of ignorance and arrogance, allowed the Sharks to record a come-from-behind victory.

An inordinate number of lengthy stoppages stunted the flow of this game but the Sharks rose above that as they vanquished a side that looked far superior for the first hour of the contest.

The Lions’ failure to take points when they were on offer, especially in the third quarter cost them as the Sharks grew stronger as the match wore on.

At Ellis Park especially, it is the Lions wont to kick for the corner and rely on their rolling maul to keep the scoreboard ticking over.

They however met stubborn resistance here as the Sharks’ pack stood tall.

The result puts in the balance the Lions status as potential conference winners with the Jaguares still able to sneak past them. The result also brought to a halt the Lions sequence of 20 unbeaten matches against South African opposition.

The Sharks deserve kudos for the way in which they repelled the visitors who looked rampant either side of the halftime whistle.

Their scrum looked a shambles in the opening half with their all Springbok frontrow of Tendai Mtawarira, Akker van der Merwe and Thomas du Toit going backwards at a rate of knots. Things however turned in their favour in the second.

In the first half the Lions looked slicker of hand, fleeter of foot and sharper of mind.

With Warren Whiteley back in their ranks it was anticipated that they would display the composure required to see off the Sharks’ challenge.

“We want to score tries and we will stick to that,” Whiteley tried to explain his decision not to go for poles.

With the Lions comfortably up 21-11 at the break and having the whip hand in territory and possession early in the second half, the road back for the Sharks seemed long and ascending.

A converted Andre Esterhuizen try in the corner brought the hosts to within try three points before Robert du Preez banged over a penalty to level matters.

It seemed to knock some sense into the Lions who had Elton Jantjies bang a penalty over but the home fans were in raptures when Lwazi Mvovo intercepted and ran clear of Harold Vorster to hand the Sharks the lead with 10 minutes remaining.

The Sharks’ forwards with man of the match Van der Merwe at the forefront stunted the Lions’ momentum at close quarters. Esterhuizen too helped get them over the gainline as the Lions first lost the plot and with it the match.