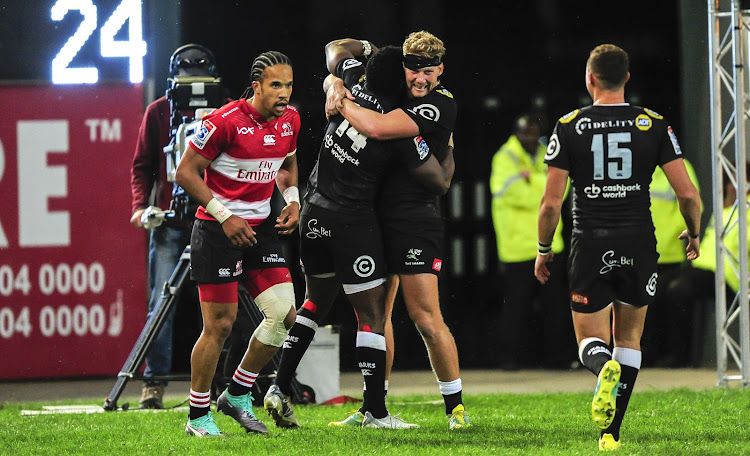 Sharks coach Robert du Preez asked his players to play for each other when his side faced the very real prospect of an eighth straight defeat to the Lions in Durban on Saturday.

“We obviously didn’t have any possession in the first half‚ or territory‚” he said about going into the break 21-11 down and having lost the ascendancy up front.

“I knew we would need a special performance.

"It was a really big fight back for the boys.

First though‚ the Sharks had to fix their wonky scrum and repel the Lions continued advances with some resolute defence in the second half before they delivered some telling body blows.

“We were probably a bit high in our set up in the beginning‚” said Du Preez about the hosts’ errant scrum in the first half.

Tendai Mtawarira‚ Akker van der Merwe and Thomas du Toit were going back at a rate of knots in that period.

“We probably didn’t have enough speed in our setup. But we sorted that out.

"The second half was a vast improvement and that actually changed the game for us‚” said Du Preez.

While the scrum gave them traction in the second half‚ it was the Sharks’ unremitting defence that broke the Lions’ resolve.

Du Preez said at no point did he feel his team was out of the contest.

“The defence was outstanding apart from the two soft tries at the beginning of the game.

"It took its toll in the end. I think we broke them down defensively. In the end‚ that gave us the upper hand.”

Van der Merwe hustled and bustled all afternoon and the new Bok duly bagged another man of the match award.

“He still gets man of the match. Akker has been great. He had a fantastic game.

"I also thought Chilli (Ralepelle) did very well when he came on.

"He made a big difference‚ especially at scrum time. The bench was great.”

Van der Merwe and Ralepelle weren’t the only Boks that made an impression.

After a taxing month in national colours Du Preez’s Springbok contingent returned with greater vigour and some cut-above-the-rest confidence.

“The Boks played the whole time without a break‚" he said.

"We gave the guys Monday and Tuesday off‚ which is not a lot.

"We only got together on Wednesday. I thought they came with a lot of confidence. The standard of our practices were better than it was before. They slotted in seamlessly.”

The win gives the Sharks renewed hope of sneaking into the quarter-finals but they need to win away against the Stormers at Newlands and the Jaguares in Durban before they can earn that right.

Not even then are they guaranteed passage.

"This obviously gets our campaign back on track.

"The boys were outstanding‚” said the coach.