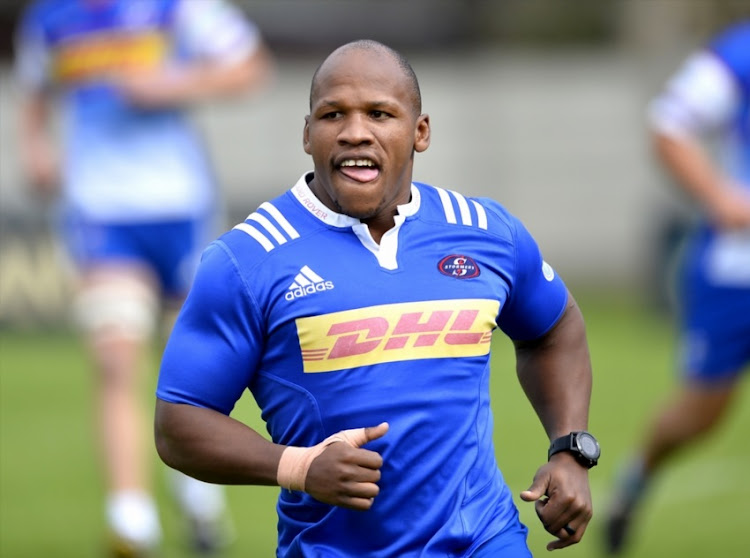 Cape Town – After an injury plagued season that has blossomed‚ hooker Bongi Mbonambi will make his first start for the Stormers this year‚ against the Jaguares in Buenos Aires on Saturday.

Mbonambi suffered burst appendix in February and had to have two operations after complications from the first surgery‚ which saw him miss the first 13 rounds of the campaign.

That ruled him out for over three months. Mbonambi recovered in time for selection for the recent June Internationals and he starred in the Springboks’ first two test wins over England.

He made one appearance for the Stormers from the bench‚ against the Lions before the June break.

Stormers coach Robbie Fleck wasted no time in recalling one of his most experienced players or a match that is all about pride for the Cape side.

The Stormers have lost nine of their 14 matches and have yet to record a win away from home. So there is something to play for.

Mbonambi is joined in the front row by props Steven Kitshoff and Wilco Louw‚ with hooker Ramone Samuels‚ and props JC Janse van Rensburg and Frans Malherbe on the replacements bench.

In the second row Cobus Wiese forms a lock partnership with Jan de Klerk‚ with 20-year-old Salmaan Moerat set to provide an impact in the second half.

In the backline‚ experienced scrumhalf Dewaldt Duvenage is paired with Jean-Luc du Plessis at halfback‚ with Damian de Allende and JJ Engelbrecht forming the centre partnership.

Dillyn Leyds is at fullback‚ with Craig Barry and Raymond Rhule on the wings‚ while Justin Phillips and EW Viljoen provide backline cover.

Fleck said that his team is determined to make an impression in Buenos Aires.

"We know that it will be a big challenge here in Argentina‚ but both the players and management are looking forward to it‚” he said.

"We want to show what we are capable of under pressure away from home and will be going all-out to come away with a win‚" he said.