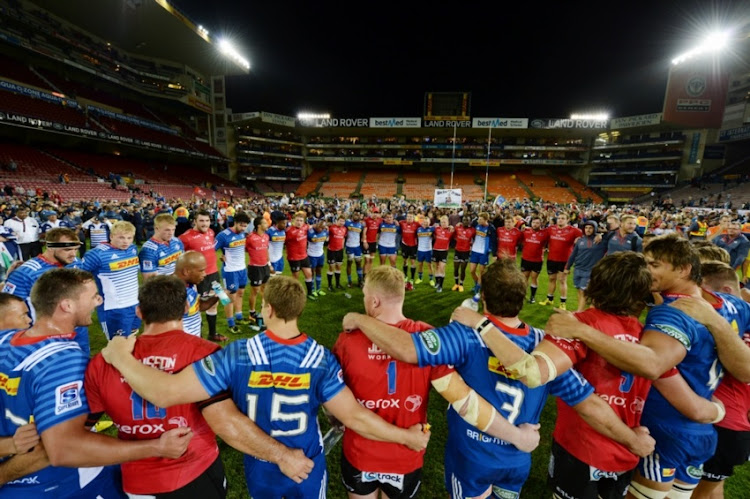 SA Rugby will on Thursday try and broker a deal with the SABC to retain radio commentary of Super Rugby and Currie Cup matches.

SABC Radio caught staff and SA Rugby unawares with their decision to unexpectedly pull the plug on the two competitions.

It would appear‚ however‚ that SA Rugby is prepared to meet them halfway over broadcast rights.

“We have arranged a teleconference with the chief executive of the SABC on Thursday‚” said SA Rugby president Mark Alexander.

When last we checked Nomsa Piliso was the acting CEO and she is scheduled to tune into the teleconference at 15.00 on Thursday.

"It is not our place nor do we have full context to second-guess what the internal conversations might have been at the SABC.

"But we do know that many people across the country enjoy rugby commentary on their radio.

“We share their disappointment that they may not be able to enjoy this long established service in the future and would urge the SABC to review their strategy.

"Rugby is a powerful medium and to see any part of its rich service be eroded is a shame."

The SABC’s decision came as a shock to presenters and commentators by surprise.

“Not having rugby coverage is madness‚” a disgruntled rugby commentator told SowetanLIVE.

Presenters were informed of the decision via email last Friday by the SABC radio acting general manager‚ Orapeleng Lebethe.

“Herewith to advise that we will not be able to acquire the rights for Super Rugby and the Currie Cup for 2018‚" read the email.

"We do though need to find the best possible way to have coverage of all forms of rugby.”

As you’d expect the decision has gone down like a lead balloon with the men behind the microphone.

“What is pissing us off‚ in rugby there is only Super Rugby and Currie Cup‚ so our opportunities are limited‚” said the commentator.

“In other sports like soccer you have the PSL‚ the MTN Top 8‚ the Nedbank Cup and the Telkom knock-out.

“Why would you take all the rugby coverage away?

"There is something fishy there.

"They are either not taking rugby seriously or they’ve decided to make it play second fiddle.

"Already we don’t even have Springbok Tests live on TV.”

SA Rugby president Mark Alexander said they were unaware of the SABC’s plans to stop radio commentary in those two competitions.

SowetanLIVE asked Lebethe for comment but he referred all queries to the SABC's head of communications Kaizer Kganyago.

But Kganyago is yet to respond to questions sent to him.

In a brief conversation on Tuesday he‚ however‚ indictated that the SABC were busy concluding their budget.

The commentator argued that the corporation did not have to break the bank to secure radio commentary.

“Securing the rights shouldn’t be a problem because they aren’t expensive‚" he said.

“Production costs shouldn’t be an issue either.

"They don’t even send people to rugby matches.

"What was decided last year was that we would not be travelling to the games but that we would do it in-house and commentate from the studios.

"We’ve done that to save money.

"The only games we traveled for were the finals‚” the source said.

“The production cost is a drop in the ocean when compared to what is spent on soccer.

"You have soccer matches that are being covered on different days of the week.

“You’d also have bizarre decisions where the Bulls may be hosting the Crusaders but they’d rather broadcast Chippa and Platinum Stars instead.

“All we are asking is to broadcast rugby matches on a Saturday."