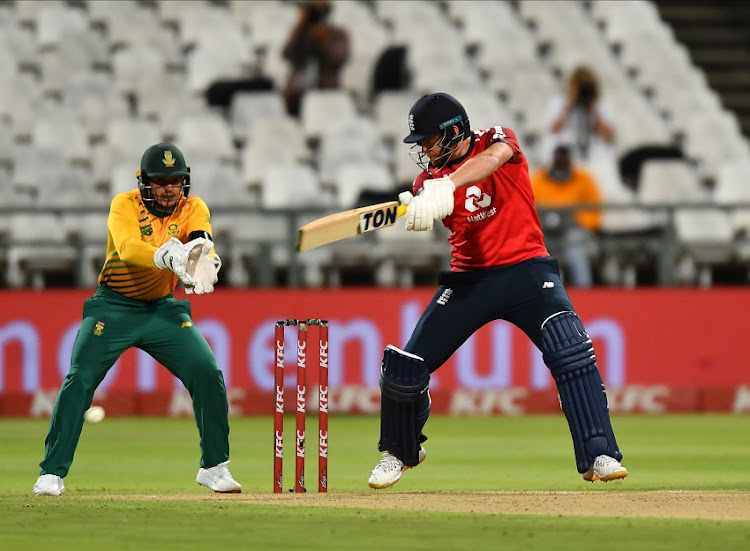 The three-match ODI series between the Proteas and world champions England has since been postponed after several positive coronavirus cases within both camps.

The first of the three-match ODI contests was supposed to have been played in Paarl on Friday but was postponed to Sunday after an unnamed Proteas player tested positive for Covid-19.

Sunday's ODI was abandoned after two members of the tourists' party returned unconfirmed positive tests for Covid-19 and the match was moved to Monday.

The rest of the series became jeopardised when the second ODI scheduled for Monday at Newlands Stadium in Cape Town was also postponed and later cancelled due to positive Covid-19 cases among both teams' camps and staff at their hotel.

It led to the coronavirus-stricken England tour of South Africa coming to an abrupt end after it was called off following seven positive cases overall.

One of the major factors for the cancellation of the two was the two "unconfirmed positive tests” from the English squad and it has now been proven that the two members are free of the virus and healthy.

“Following the independent ratification of the two unconfirmed positive Covid-19 tests from the England camp in South Africa‚ the England and Wales Cricket Board can confirm that‚ following further testing and analysis‚ in the opinion of the independent virologists based in Cape Town and London‚ the two individuals are not infected‚ and do not pose any risk of passing on the infection to the rest of the party‚” the ECB said in an official statement issued by chief medical officer Professor Nick Peirce.

“As such‚ the advice is they are now free to join the rest of the group and are no longer self-isolating.”

The England touring party will return to the UK on a chartered flight what will depart from Cape Town on Thursday morning.

The coronavirus-stricken tour of the England team will cast doubt on South Africa’s ability to host touring teams with Sri Lanka expected to arrive next week for a two-match test series that starts on Boxing Day in Centurion.

Australia and Pakistan are also set to play in South Africa early next year‚ the dates of which are yet to be confirmed.