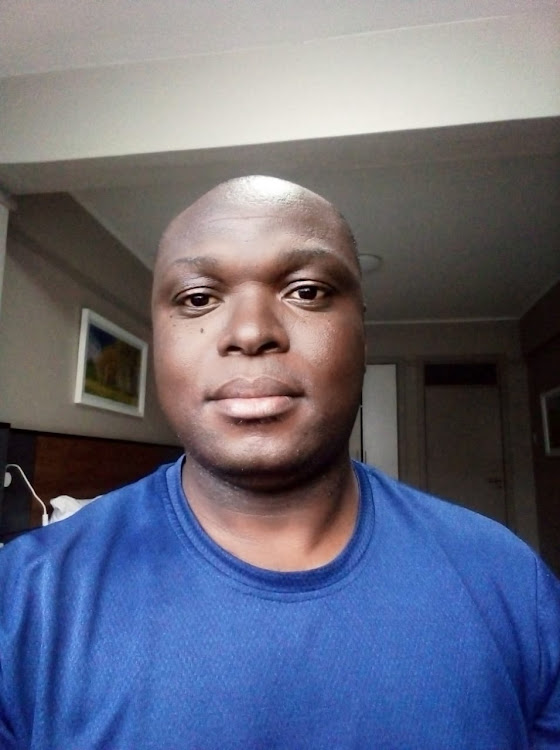 Phestus Motshabi, chairman of the Geek Cricket Academy, has declared himself as the new North West Cricket and said his rival Tebogo Motlhabane, who was announced as the new leader, has not standing as his nomination was irregular.
Image: Phestus Motshabi

New North West Cricket (NWC) president Tebogo Motlhabane's appointment has been challenged just days after his ascent to the seat and his rival Petrus Motshabi has declared himself as the legitimate boss instead.

NWC met this week for its first elective annual general meeting in four years - the province has been under administration since December 2018 - but the gathering descended into chaos after Ikageng Cricket Club‚ which had initially nominated Motlhabane‚ made a U-turn at the meeting on Monday night.

The pandemonium began when Ikageng withdrew its nomination shortly before the meeting‚ accusing Motlhabane of having bullied them into signing his nomination form.

Ikageng vice-president Steven Tsebela said he stood up at the meeting and informed the members that his club had withdrawn its nomination of Motlhabane‚ electing to support Motshabi.

“Myself and the chairperson [Patrick Letsemele] were downstairs before the [AGM] meeting started and the chair instructed me to let the members know that we are withdrawing Motlhabane’s nomination and we no longer support it.

"We were shocked to hear Motlhabane announced as president‚” said Tsebela.

“Our chairperson [Letsemele] was bullied into agreeing to signing the nomination form.

“As far as we are concerned‚ Motshabi was elected NWC president unopposed because Motlhabane has no nomination‚” Tsebela said.

“Motshabi is a man who has the courage to tackle issues of transformation‚ which is something we as a province want to focus on over the next three years or so.

"He is the right man for the president.”

Letsemele asked to be called later on Wednesday but his phone was off when contacted.

After the votes were cast‚ Motshabi declared himself as the winner and said he will lodge an official complaint to dispute Motlhabane as his nomination was irregular.

“I’m the legitimate president as [I was] elected unopposed‚ but they announced Motlhabane as the president [even] though he was not nominated properly‚” said Motshabi‚ from the Geek Cricket Academy.

“But the AGM chairperson Mickey Gordon declined the withdrawal from Ikageng for reasons unknown to us.”

TimesLIVE asked Gordon why he rejected the withdrawal‚ but he denied that Ikageng withdrew their nomination of Motlhabane.

“There was no withdrawal as far as I know and Tebogo Motlhabane was elected president‚” said Gordon.

Gordon said Motlhabane was elected unanimously but could not provide the numbers‚ despite chairing the AGM.

Asked how can he not know as the chairperson of the AGM‚ Gordon‚ the former NWC president who was appointed to facilitate the meeting‚ said: “I was just appointed by CSA to chair the AGM. I don’t know anything about the results other than who won.”

“For now can we please postpone this chat‚ I will talk to you later this week‚” said Motlhabane.

NWC announced Motlhabane as president with Zubayr Minty as vice-president. Shime Matlhlong and Norman Mmusi are the representatives for the lower and second league respectively.

“There is currently a dispute on this and thus the matter is sub judice. I will not comment on it‚” said Prinsloo.

Tsebela said Ikageng‚ after its withdrawal of Motlhabane’s nomination‚ backed Motshabi as their presidential candidate.

Tsebela said they support Motshabi because Motlhabane does not share their vision‚ which is to transform the union across all spheres.

“Our candidate when the AGM started was Phestus Motshabi. He is our candidate because we see in him the qualities of leadership and good understanding of the game and its landscape in the province.”

Asked about the withdrawal of his nomination‚ Motlhabane said: “Like I said earlier‚ please give me space and I will revert back to you later this week my brother. We have all the evidence in place which will be forwarded to yourself soon.”

Contacted for comment on the matter‚ CSA referred all queries back to NWC.