Bavuma gets nod for Test cricketer of the year 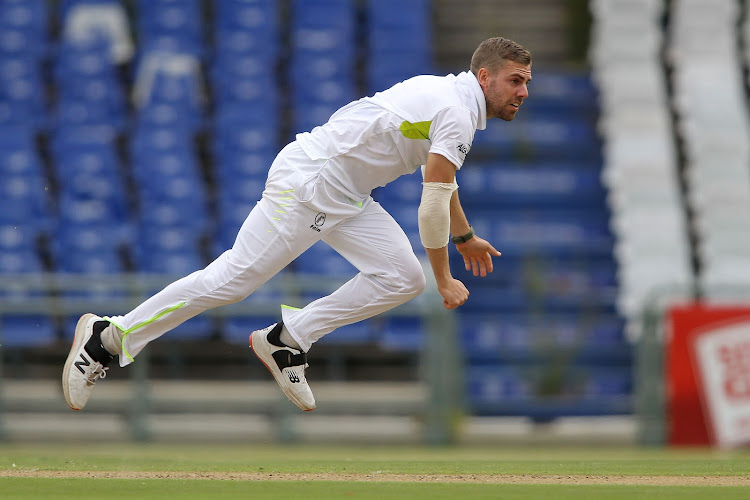 Eastern Province's Anrich Nortjé was nominated in six categories for the annual Cricket SA Awards which will be held on Monday May 31 2021.
Image: Shaun Roy

Eastern Province speedster Anrich Nortjé has been nominated in six categories for the annual Cricket SA Awards on May 31.

He also featured on the lists for the KFC Streetwise Award, CSA Delivery of the Year and SA Fans’ Player of the Year.

The winners will be named at a social media broadcast on Monday May 31 from 7pm.

The Proteas achieved a first ever white ball double over India on the subcontinent this past season and achieved a similar result at home to Pakistan in a restricted programme.

The Proteas men had a mixed bag of results against England, Sri Lanka and Pakistan as they entered a new era after the retirement of many legends over the last few years.

Not surprisingly, all four nominations for the Men’s Cricketer of the Year — Temba Bavuma, Aiden Markram, Nortje and Rassie van der Dussen — have never won the award before.

The Proteas women paint a picture of more experience with Shabnim Ismail (2015), Sune Luus (2017) and Laura Wolvaardt (2020) all being previous winners of the SA Women’s Cricketer of the Year award.

Cricket South Africa (CSA) have confirmed that former captain AB de Villiers will not be coming out of retirement.
Sport
1 month ago

Cricket South Africa (CSA) has finally confirmed the Proteas men’s tour to the West Indies for two Tests and five T20s next month.
Sport
1 month ago

An upbeat Sascoc president Barry Hendricks reiterated the sports controlling body’s stance that minister Nathi Mthethwa is interfering in the Cricket ...
Sport
1 month ago
Next Article