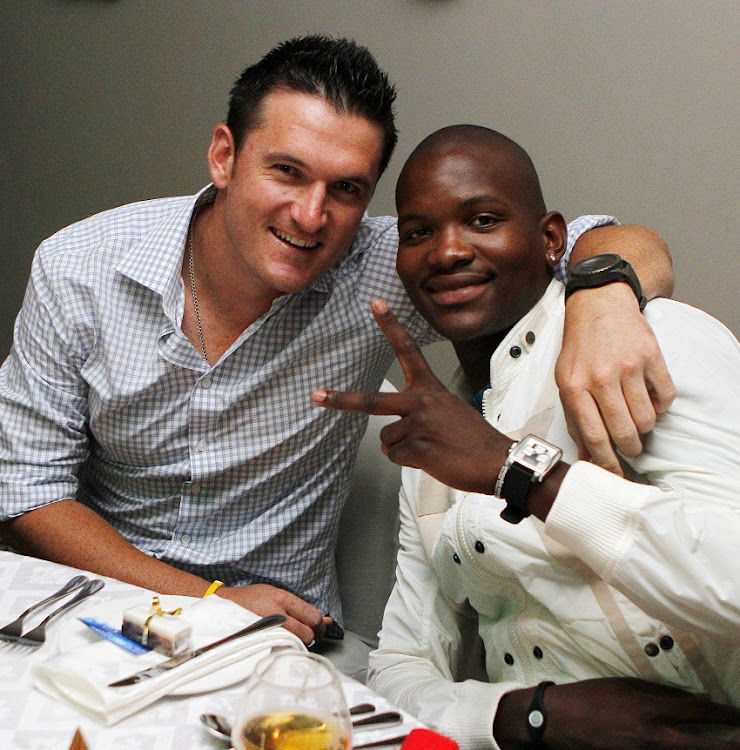 Insiders in cricket have described Graeme Smith and Haroon Lorgat as Cricket SA “blue eyed boys” and alleged that the indefinite postponement of the transformation public hearings was intended to shield them‚ and others‚ from open scrutiny.

The interim board shocked the nation late on Sunday with a statement that announced the postponement of the high-profile CSA Social Justice and Nation project 12 hours before the start of public hearings‚ which were scheduled to commence on Monday morning.

Smith‚ who is currently CSA’s director of cricket‚ and Lorgat‚ the incumbent interim board member‚ are implicated in alleged discrimination against others‚ as evidenced by former Protea Lonwabo Tsotsobe’s submission. Tsotsobe handed in his submissions last month after SJN transformation ombudsman Dumisa Ntsebeza started receiving submissions.

“Graeme and Haroon are the blue eyed boys of CSA‚” said one of the sources who spoke to TimesLIVE.

“Graeme is earmarked to be the next CEO while Haroon also wants to serve in a top executive management position and to have all the mud on them that was to come out of the public hearings is not good PR for them and those plans.

“It’s simple‚ the public hearings were going to implicate some of the people earmarked to occupy top positions after the AGM.”

The hearings would have seen players‚ coaches‚ administrators and other stakeholder groups air their grievances of victimhood as a result of racial discrimination.

Another insider said Lorgat‚ by virtue of being CEO at the time when much of what has been raised through the submissions‚ could not escape scrutiny.

“They cannot afford to be exposed at the transformation hearings as the one person who is earmarked to be an independent chairman‚ was on the CSA board‚ and the other was the CEO during the time that much of the issues being raised by former players in fact took place.”

TimesLIVE sent pointed questions to the interim board‚ Lorgat and Smith‚ through the CSA communications office‚ but only one of the 10 questions asked was answered‚ that of whether any of the current board members has ambitions to serve on the incoming new board or not.

The interim board said all of its members had agreed to this upfront.

“All current members of the interim board are busy professionals and are only committed to CSA for a limited period only.

“The board will soon hold a press conference to address a number of questions‚ including some of the areas [questions] that you have touched on.”

TimesLIVE phoned Smith’s lawyer David Becker on Wednesday‚ but he said he could not comment.

“My understanding is that the Terms of Reference require that the proceedings‚ and matters relating thereto‚ are confidential so I can’t comment. Many thanks‚” he said.

Several calls were also made to Smith and Lorgat's private mobile numbers‚ but their phones rang unanswered.

Questions were also sent via WhatsApp but they did not respond despite being online. No response was given at the time of publishing this article. Should a response be provided‚ this article will be updated.

Smith‚ who captained the Proteas national team from 2003 until his retirement in 2014‚ was implicated by his former teammate Tsotsobe in the former left-arm bowler’s submission.

In his seven-page submission‚ among others‚ Tsotsobe alleges that during a tour of England in 2012‚ after a freak injury to wicketkeeper Mark Boucher‚ AB de Villiers was given the gloves instead of Thami Tsolekile‚ who was next in line to keep.

The move to hand the gloves to De Villiers‚ Tsotsobe alleges‚ was to block the selection of a black player in the fold.

“Tsolekile was destined to replace Boucher‚ but suddenly AB de Villiers was made the keeper.

“The idea of assigning keeping duties to De Villiers was to block the selection of a black player in the fold of Tsolekile.

“This was confirmed by Smith who categorically stated that if Tsolekile was selected he would retire with immediate effect‚” alleges Tsotsobe.

Smith‚ through the CSA’s communication office‚ did not respond to this question‚ which asked him to confirm or deny Tsotsobe’s allegations made in Tsotsebe’s submission.

Tsotsobe‚ one of seven players who were banned five years ago for their alleged involvement in a match-fixing scandal‚ was scheduled to make his appearance on Wednesday.

The now 37-year-old Tsotsobe also wants his sanction declared “null and avoid” and alleges procedural unfairness in the process.