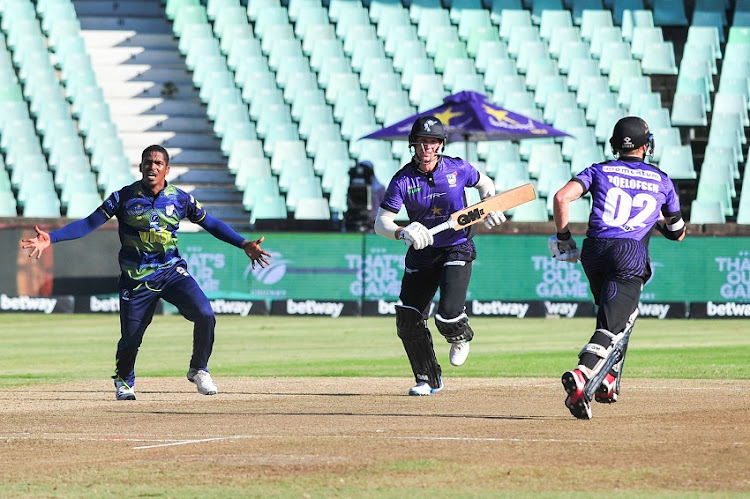 The Dolphins are up and running in the CSA T20 Challenge after they notched up their second win of the tournament with a four wickets win over the Knights at Kingsmead on Saturday.

They started the tournament with a win over the Cobras on Friday and they followed up with this one over the Knights that has propelled them to the top of the pile and gave them the tag of early favourites for the knockout stages.

Knights, who won the toss and elected to bat, reached 144/5 in their allotted 20 overs with captain Pite van Biljon top scoring with an unbeaten knock of 72 off 54 and followed by Migael Pretorius with 38.

The main destroyers for the Dolphins with ball in hand were Keshav Maharaj and Robbie Frylinck who ended with two wickets apiece and Eathan Bosch taking the other one.

In reply, the Dolphins encountered some teething problems with the early loss of Sarel Erwee (17), Senuran Muthusamy (8) and Grant Roelofsen (21) but David Miller and Khaya Zondo held things together in the middle stages.

Dolphins’ run chase was rocked when Miller (29) and Mangaliso Mosehle (1) were removed in quick succession by Alfred Mothoa to leave them stuttering on 86/5 after 12 overs.

With the bat, Knights started in the worst possible way with Maharaj trapping Patrick Kruger (0) and Andries Gous (0) in front with the first and the third of balls of the match respectively.

It got worse for the Knights a few overs later when Robbie Frylinck removed Jacques Snyman and Farhaan Behardien in quick succession to leave the Knights on 21/4.

Van Biljon and Adams went on the rebuilding job in the middle overs but their highly promising partnership was broken when the latter was bowled by Bosch.

The Van Biljon embarked on another partnership of 75 off 36 with Pretorius (38) in the closing stages of their innings where the Knights managed to squeeze 68 runs in the last five overs.

The Dolphins are back in action on Sunday against the Warriors while the Knights are up against the Cobras on Monday.