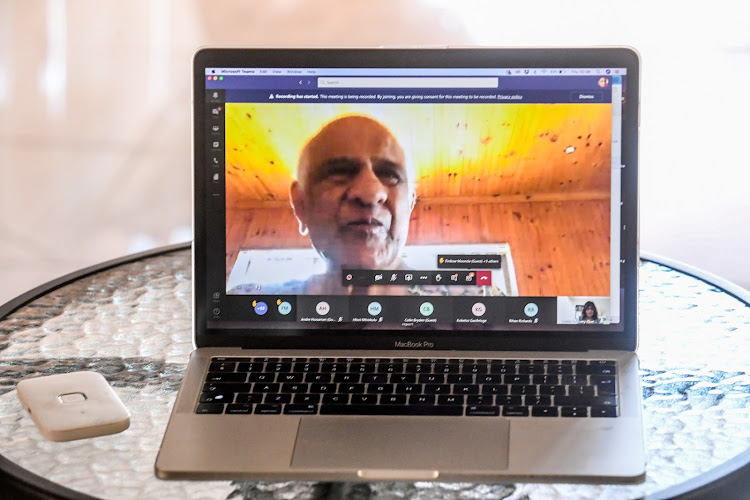 Retired judge Zak Yacoob is the chairman of the Cricket South Africa interim board and briefed the media on December 10 2020.
Image: Sydney Seshibedi/Gallo Images

Cricket South Africa’s (CSA) interim board chairman Justice Zak Yacoob says the touring England team may have been given liberties that weren’t in line with the strict Covid-19 bio-bubble requirements the teams had to adhere to.

England were due to leave South Africa on Thursday‚ but the ODI leg of the limited overs tour was cancelled after two hotel staff and a South African player tested positive over the weekend.

CSA maintained that their bio-bubble was strictly policed with movement highly restricted and guarded‚ but Yacoob felt that England may have been given a bit of a free pass.

“We were too lax with the English and their desire to do things‚ which in our strict view‚ they should not be doing.

"Unfortunately‚ we were stronger in preventing our players from doing things and allowed the visitors a little more latitude.

"I understand that there was the courtesy because they were visitors and so on‚ but I disagreed with that completely‚” Yacoob said.

“Apart from the fact that we favoured the visitors just a little‚ the problem is that it derives a small bit of unfairness from where our players are concerned and the board regretted that a great deal.

"However‚ from what we understand‚ our protocols were quite good.”

The bio-bubble lapse sent shockwaves in Sri Lanka and Australia‚ South Africa’s next summer tourists‚ to a point where the moving of tests to the two nations potentially aborting their trip were topics of debate.

The integrity of CSA’s bio-bubble came under scrutiny‚ with the England and Wales Cricket Board (ECB) director of cricket Ashley Giles saying on cricbuzz.com the bio-secure environment did not appear to be bio-secure.

Yacoob said they were ready to defend the organisation if it was unfairly attacked.

“We don’t want an apology from anyone‚ but if they say lies about us‚ we will defend ourselves.

"I’ll leave it on the basis that we do understand‚ even though it’s difficult‚ the sensitivities of this matter.

Yacoob was confident that the Sri Lanka Test tour that’s scheduled for the Boxing Day and the New Year’s slots will take place‚ but wasn’t sure with regards to Australia’s tour.

“With Sri Lanka‚ I am 95 percent certain that they’ll come‚ but with Australia‚ I have no information.

"I don’t know what Australia will do and I don’t understand that particular cricketing nation too well‚ but powerful nations tend to be laws unto themselves‚” Yacoob said.

CSA’s director of cricket Graeme Smith provided clarity with regards to their conversations with Cricket Australia.

“We’re only having our first operation meeting with Cricket Australia‚ so there hasn’t been any engagement up until this point‚” Smith said.