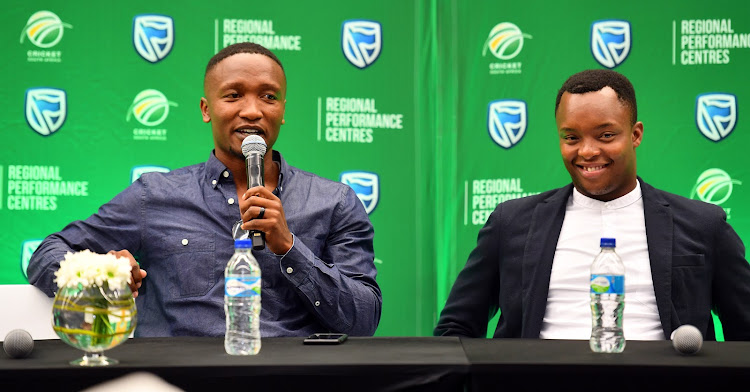 Omphile Ramela and Xolani Vonya have been barred from participating in further activities and meetings of the Cricket South Africa (CSA) interim board, TimesLIVE can reveal.

The resolution was taken through a majority vote during a board meeting on Wednesday morning in the absence of the two members.

TimesLIVE understands that Ramela and Vonya have not been completely formally removed as directors, as there is a question mark on whether the interim board has the authority to do so, but the decision merely bars the pair from taking part in the workings of the interim board with immediate effect.

Ramela and Vonya are deemed by some of their fellow colleagues, including board chairperson retired judge Zak Yacoob, to be destructive figures that are holding the interim board back in its execution of its mandate.

The pair are also being apparently punished for their reaching out to the members council, CSA’s highest decision-making body, to report the flouting of governance processes by some members of the board, including chairperson judge Yacoob.

This also follows hot on the heels of Ramela, in a letter to the CSA board of directors last week, calling for the removal of fellow member Haroon Lorgat with immediate effect for “reckless” and “obstructive” conduct.

Ramela‚ who was president of the influential South African Cricketers Association (Saca) until last month‚ has said Lorgat played a leading role in the “unlawful” suspension of CSA company secretary Welsh Gwaza.

Ramela said Lorgat continues to improperly interfere with Gwaza’s suspension and the former CEO has rendered the interim board dysfunctional.

“I therefore hereby humbly present a plea to have Haroon Lorgat removed from the Board with immediate effect‚” Ramela implored his fellow CSA interim board of directors.

The CSA interim board was appointed and announced by sports minister Nathi Mthethwa last month and mandated the nine-member structure to restore public and stakeholder confidence in the administration of the game.

But it is however unclear if there are any terms of references to guide and monitor the work of the interim board.

TimesLIVE understands Ramela and Vonya were asked to leave the meeting when the vote was conducted. Judge Yacoob, Haroon Lorgat, Judith February and Dr Stavros Nicolaou voted in favour of the resolution to freeze out the two members, according to sources.

CSA will brief the media and take questions virtually in scheduled tele-press conference that will also feature the board of directors, the high decision-making members council and the executive committee on Thursday morning.

TimesLIVE understands the briefing is meant to provide clarity on the controversial suspension of company secretary Welsh Gwaza and also communicate the banishment of Ramela and Vonya to the sidelines to the media and public.

Gwaza was suspended last week, without a board resolution at the time, and his hearing is set for next week on Monday December 14.

TimesLIVE reported last week that the majority of the CSA interim board members at the time rejected Gwaza’s suspension and that the increasingly divided body wanted strong action to be taken against the members who authorised his suspension.

It emerged also last week that not only was there no board resolution to suspend Gwaza‚ but there was also no resolution for the termination of a contract of any service provider.

“The interim board only managed to get a formal resolution for the suspension of the company secretary on Wednesday in the same meeting that resolved to sideline Ramela and Vonya,” said one of the sources who spoke to TimesLIVE.