'I will resign if Cricket SA does not hand over full forensic report by Friday': board member Schoeman 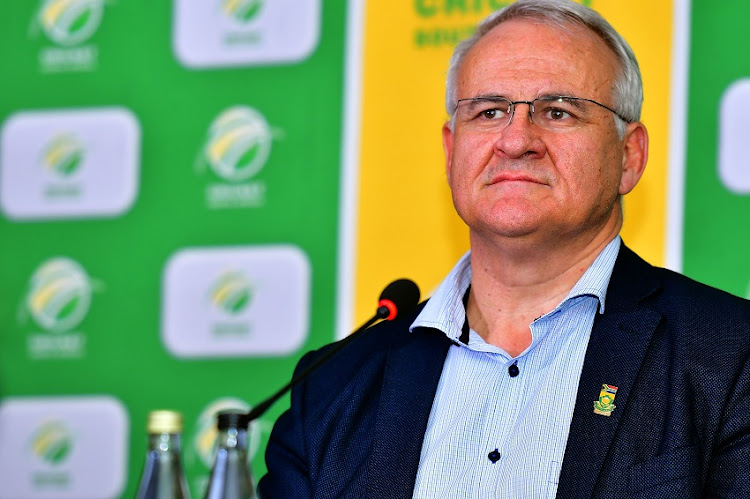 Cricket South Africa (CSA) crumbled under pressure in parliament on Tuesday and agreed to hand over an unedited version of the highly-sought forensic investigation report to the members of the portfolio committee on sports‚ arts and culture before the end of business on Friday.

CSA had an emergency members council meeting on Tuesday while a delegation was being grilled by the members of the portfolio on the organisation's failure to avail unrestricted access to the forensic investigation report.

So tense were the proceedings that independent board member Marius Schoeman‚ who chairs the audit and risk committee that is responsible for the dissemination of the forensic report‚ told members of parliament that he would resign should CSA fail to hand over the full report by Friday.

“If CSA does not submit the forensic report by end of business on Friday‚ I will resign‚” committed Schoeman in parliament.

“I will not allow anything (in the report) to be omitted.”

Schoeman was asked by the committee members why he did not resign along with other board members who quit CSA late last year as the organisation latched from one governance bungle to the other.

Schoeman said decided against resigning as he wanted to leave CSA in a better position than he found it when he appointed to the embattled organisation.

“The reason why I did not resign‚ why am I staying‚ if other non-independent [did]‚ why did I not resign?

“I was appointed through a very rigours process‚ to leave CSA where it is would not be in my nature‚ and I will not do that.

“If the members council‚ who have elected me‚ want to remove me I will accept that‚” said Schoeman.

“On behalf of CSA I just want to recommit that we will deliver on our promise‚" he said.

"Thanks to everyone for the contribution.

"We will make the full report available as committed [on Tuesday].”

CSA handed over the full report to sports minister Nathi Mthethwa with no conditions‚ but the organisation wants Sascoc‚ the controlling body of sports federations in the country‚ to sign a non-disclosure agreement before gaining unrestricted access to the document.

“What CSA is saying (about the unrestricted release of the forensic report) is very concerning‚” Skhosana told the members of parliament.

“They are playing the same game which they played with the Sascoc board.

“They promised without delivering the very same report. I am learning that there are two members that are implicated in reports‚ including acting president Beresford Williams.

“We want unrestricted access to the full report‚ not what is being distributed through the media.

“CSA is a public entity.”

Schoeman said CSA needed to go back and see how to protect the organisation’s image before they release the full report.

“Why must they go back and try and hide things or protect themselves first?”‚ asked the DA’s Tsopo Mhlongo.

Ringo Madlingozi from the EFF said: “I believe the report should be sent to us as soon as possible‚ even now‚ because the report is ready and sitting somewhere.”

Almost all the portfolio committee members registered their discomfort in allowing CSA to go back before being invited again to present the full unedited forensic report.

CSA independent board member Dheven Dharmalingam‚ who was appointed in May‚ said he understood the frustrations of the committee members.

“In terms of my role I chair the finance committee. There are only two things from me. The first one is in terms of this forensic report‚ I understand the frustration the members are expressing‚” said Dharmalingam.

“From my perspective the first draft was received by the committee on July 31.

“It is a complex report‚ one of our fellow directors‚ three of us‚ given the mandate to go through this upfront.

“I have got no allegiance to any single member on the board or any cricket structure. So I speak with complete independence.

“The real issue are the people who are mentioned in the report‚ not that they are guilty but the way they have been mentioned is problematic.

“This needs to be done through a proper legal process. That’s from my perspective‚” said Dharmalingam.

Sascoc board member Cecilia Molokwane said CSA wants to govern and regulate itself.

“As Sascoc we have taken a board resolution which is not far away from the one that has been taken today (that they need unrestricted access to the full forensic report).

“CSA does not want to follow protocol. They choose who to engage with. They have given the minister the full report but not to us as the controlling body.”