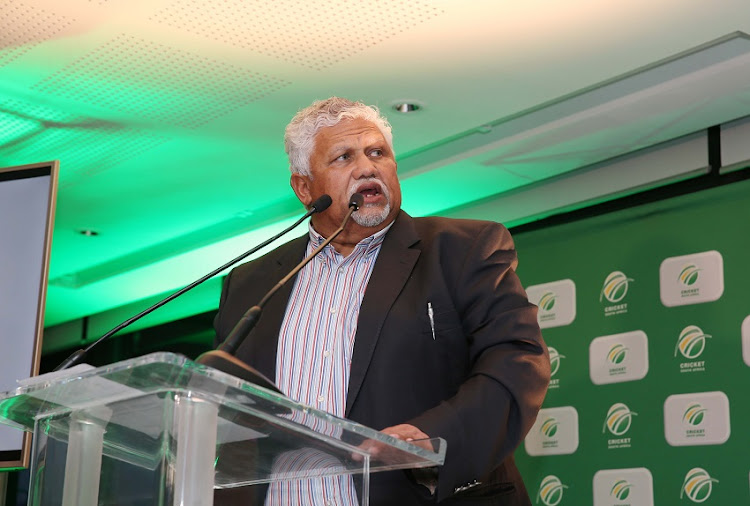 A Cricket South Africa (CSA) member came under heavy fire from the members of parliament on Tuesday for presenting a summarised report of a forensic report instead of the full document.

Members of parliament adopted a hardened line of questioning to the CSA delegation and said the committee meeting could not go ahead until the organisation presents a full report.

Williams had not even gone into granular details during his introduction when a point of order was raised by the members‚ all demanding a full report before the presentation could even be allowed to continue.

Independent board member Marius Schoeman‚ who is also chair of the CSA audit and risk committee‚ then took centre stage and tried to explain why the organisation could not present a full report but he too was stopped in his tracks by points of order from the committee members.

“Why are you not presenting the full report‚ what are you hiding‚” the DA’s Willie Farber said.

“How do we know you are not going to tamper with the report.

“In fact‚ I know for a fact that you are hiding something because the forensic report implicates some of the current board members.”

Tsepo Mhlongo‚ also from the DA‚ said there will be no discussion or presentation before CSA presents a full report.

“We have been waiting for this report for five months and now you come and present us with a summary? We want the full report‚ not a lecture on the Companies Act.

“If you and the minister can have the report‚ why can’t we as the committee have it?”

Director-general in the sports ministry Vusi Mkhize confirmed that the department has indeed received the full report from CSA.

Dlulane apologised to the members and said she did not think the meeting could continue without the full report.

“I don’t think this meeting can continue without the report‚” said Dlulane.

“As with the minister‚ we want CSA to deliver the full report to us. We also have the right to have that full report.”

Schoeman was asked to respond by the members.

“I apologise if in my first commentary I made I came across as arrogant and playing with words. It was not my intention. I unconditionally apologise for that.

“Is there legal implications with the uncontrolled release of the full report‚ yes‚” said Schoeman.