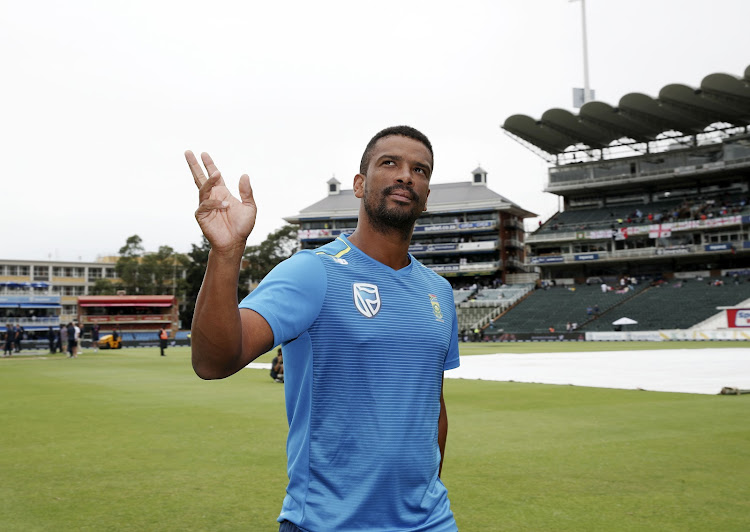 The 34-year-old Philander who represented the Proteas in 64 Tests‚ 30 ODI’s and seven T20I’s‚ had his contract terminated with England county Somerset by mutual consent.

Philander‚ who broke into the Test team in spectacular fashion in 2011 called time on his international career at the end of the 3-1 Test series loss against England.

Having bowled well on his two tours to England‚ Philander was expected to have a significant impact for Somerset. He collected 224 Test wickets at 22.32‚ one of the best averages for bowlers with more than 200 Test wickets.

Covid-19‚ which has cut a swathe in the United Kingdom‚ has had other ideas.

Somerset’s director of cricket Andy Hurry said in a statement the uncertainty with regards with the virus and its financial impact prompted the decision.

Philander has now joined Keshav Maharaj on the contractual sidelines as the left-arm spinner lost his Yorkshire contract because of Covid-19.

The English County season was supposed to have started on April 12‚ but that’s been deferred to July 1 at the latest after the England and Wales Cricket Board said last month that no professional cricket can be played until July 1.

“These are clearly very uncertain and challenging times for all Counties with no cricket until at least the 1st July and the likelihood of a condensed and truncated season‚” Hurry said.

“It was such an exciting prospect to visualise Vernon returning to the Cooper Associates County Ground‚ but given the current uncertainty the cancellation of his contract was a prudent and sensible decision.”