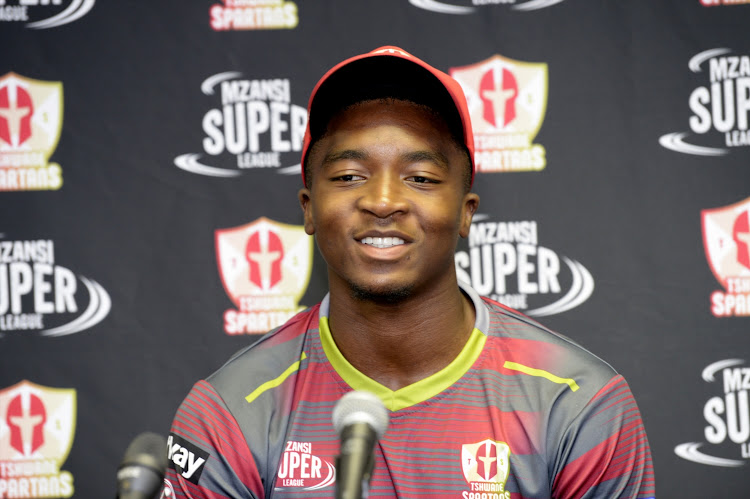 Lutho Sipamla's impressive showing in the Mzansi Super League earned him a call-up to the Proteas' setup.
Image: Lee Warren

By securing the bowling services of Lutho Sipamla and Sisanda Magala‚ the Lions will have an even sharper look to them next season.

The duo are a big loss for the Warriors‚ who’ve already relinquished seamer Andrew Birch to retirement.

The Lions have gained massively by acquiring these two seamers‚ with Sipamla having already represented the national team.

Magala could have and should have been a national team representative.

Fitness issues have got in the way of that but with Kagiso Rabada and Beuran Hendricks on national contracts‚ the Lions need bowling depth. These two provide that and they’re adept in all formats.

The Lions haven’t been short of pace bowling options.

Malusi Siboto and Eldred Hawken were regular wicket-takers for the Lions in their curtailed but successful Four-Day Franchise Series title defence while Hendricks’s exploits last season played a massive role in him getting back into the national team.

The effort in the Momentum 1-Day Cup where the Lions were second behind the Dolphins was a group one as the pacemen and the spinners contributed reasonably to the semi-final charge.

The shortened List A and First-Class franchise tournaments next season will also work to their advantage as the paceman can be deployed with care as the national team is still rebuilding its pace stocks in light of a raft of retirements in the past two years.

Morne Morkel‚ Dale Steyn and Vernon Philander have all shuffled off the international scene and this past summer proved that replacing them isn’t an easy task.

Sipamla‚ in particular‚ has been hot property because of his excellent Mzansi Super League work in the past two seasons.

The Lions have gained wonderful bowlers in the two Eastern Cape pacemen and Sipamla looks set to adapt quickly to life in Johannesburg.

After all‚ he’s played for the Tshwane Spartans in the MSL‚ so the big and bright Jozi lights aren’t new to him. Sipamla was also grateful for the platform the Warriors afforded him.

“These past few years have been nothing but great and I would like to thank all for a solid foundation‚ support and your constant backing shown towards my career thus far‚” Sipamla said.