Shakespearean shadow will follow Steyn to India‚ then to England 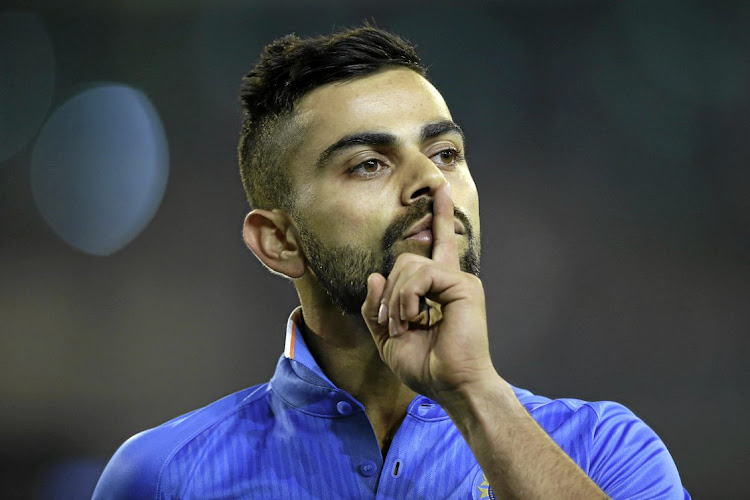 There is no better place to tell the world you’re up for the challenge than Eden Gardens‚ Kolkata’s vast concrete dinosaur skeleton of a cricket stadium.

It’s where Dale Steyn will be on Friday‚ charging in to bowl for Royal Challengers Bangalore with Virat Kohli as his captain‚ AB de Villiers in the field and a crowd of 68 000 torn between shouting for Kolkata Knight Riders‚ the national obsession who is Kohli‚ or “ABD!”

Or even Steyn himself‚ wild of eye and spirit‚ tilting at windmills called Chris Lynn‚ Dinesh Karthik and Andre Russell.

The Indian Premier League (IPL) turns a lot of what many non-Indians think they know about cricket on its head‚ like the fact that a player of Steyn’s greatness can go unsold at the player auction.

But now he’s on his way to India because Nathan Coulter-Nile is staying home in Australia to get over a back problem.

“Just a quick message to say I’ll be joining Royal Challengers Bangalore in the next couple of days for the remainder of the IPL‚” Steyn popped up to reveal in a head-and-shoulders video on RCB’s twitter account on Friday‚ looking every bit as chuffed as he said he was.

“Very excited. Been a couple of years since I last played in the IPL‚ been longer since I played for RCB. So‚ very excited to join Virat‚ AB and the boys‚ Gary [Kirsten]‚ and I’ll see you guys in the next couple of days.”

The subplot of Steyn’s passage to India is that he will join a team who lost six games before they chalked up a win‚ and that the bowlers have borne most of the blame for all that.

RCB coach Gary Kirsten‚ too‚ has taken flak‚ not helped by him inviting comparisons with a deeply unfashionable figure elsewhere in his profession.

“One would argue if Arsene Wenger is a good coach or not‚” Kirsten was quoted as saying in an interview with the Indian Express that was published on Saturday.

“In the [22] years that [he was Arsenal manager] he built a club that’s consistently been one of the greatest clubs in English football.

“It’s financially sound‚ it produces great players. It might not necessary produce trophies consistently because sport doesn’t work like that but he has created a fantastic system.

"And I would advise IPL teams to go down that road. Create a good system. It allows for longer periods of success rather than the quick fix.”

That a figure who has fallen victim to three serious shoulder and heel injuries that have kept him off the field for long stretches in the past four years should luck into the opportunity created by Coulter-Nile’s misfortune is laced with dark humour.

Who else but someone of Steyn’s fortitude could come back from all that to do this?

Steady on‚ you say: it’s only the IPL. Except that it isn’t. There’s a World Cup coming‚ and you haven’t forgotten that South Africa’s challenge four years ago ended when Grant Elliott sent Steyn’s length offering arching into Auckland’s all black night.

A Shakespearean shadow thus follows Steyn to India‚ as it will to England next month. He will not want to believe this — players of his crackling vitality live nowhere except in the now — but his business in the game is unfinished for a particular reason.

The record for taking more Test wickets than anyone else for South Africa is his‚ and will be for a while yet‚ but there is a trophy-shaped hole in the centre of his story and the World Cup would fit it perfectly.

Is he up for the challenge?

No-one has had cause to doubt Steyn’s commitment since he made his first-class debut almost 16 years ago.

World Cups‚ though‚ do strange things to straight thinking. And stranger still when the subject of that thinking is a worn and torn 35 — he will turn 36 on June 27‚ the day before South Africa’s game against Sri Lanka at Chester-le-Street — and has had the career Steyn has had.

He can only add to it in the six games he could play for RCB‚ more if they find a way to reach the knockout rounds.

If Steyn bowls as well as he can‚ the IPL will light his fire. Then it’s off to England …

But this tale is tipped with caution. Of Steyn’s 90 IPL games‚ he has played 36 for RCB — and that the last of them was in September 2010.

It was at Kingsmead in a Champions League T20 semi-final against Chennai Super Kings. The scorecard doesn’t feature Steyn anywhere except in RCB’s batting line-up‚ where he’s listed as “absent injured”.

In the fourth over of CSK’s innings he ran backward‚ took a fine catch to remove Michael Hussey‚ and crashed to earth — where he lay gasping in the pain caused by a back injury.

And now Steyn’s on his way back into the black and red. And a World Cup looms. And we can’t stop worrying about another injury befalling him‚ however irrational that is.

Shakespeare couldn’t have scripted it better.