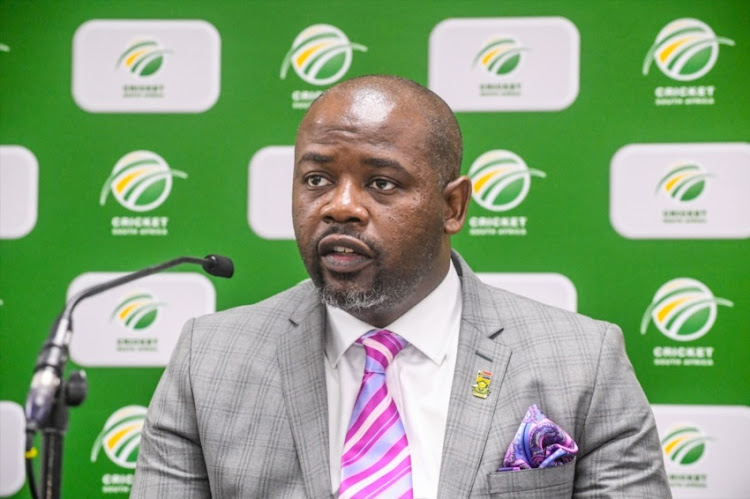 Cricket South Africa (CSA) chief executive Thabang Moroe has revealed that selectors‚ coach Ottis Gibson and captain Faf du Plessis have not been given any transformation targets ahead of the World Cup squad announcement in two weeks time.

National sporting bodies in the country such as CSA‚ SA Rugby‚ Netball South Africa (NSA) and Athletics South Africa (ASA) have been given stringent transformation targets by government to meet in an annual cycle.

Moroe‚ who was speaking at the launch of the T20 Challenge which starts with a clash between Titans and Warriors in Centurion on Friday‚ said it will be up to chief selector Linda Zondi‚ Gibson and Du Plessis to decide on the squad for the tournament.

“No targets have been given. It’s up to the convener of selectors and his team‚ the coach and captain to decide what the final 15 will look like‚” said Moroe who added that the he hope the selection team will keep the transformation picture in mind.

“I’d like to think that they will have that sort of picture in mind and most importantly they will choose the final 15 that represents the best that we have in the country. The other thing is that they will have comfort that the team can go out there to win the tournament.”

As things stand‚ it appears that the only black African players in the possible squad will be Kagiso Rabada‚ Andile Phehlukwayo and Lungi Ngidi while others who are classified as blacks are Hashim Amla‚ JP Duminy‚ Reeza Hendricks‚ Imran Tahir and Tabraiz Shamsi.

Moroe went on to say that playing teams will also be the sole prerogative of the selection team.

“We have always taken a stance that we don’t know what the playing conditions will be like on a given match day. So‚ the final eleven will follow an agreement between the convener of selectors‚ together with the coach and captain on a particular day.

"It will be their decision who the players that are going to represent all of us as South Africans are. They will pick a team that is suitable to win a specific match and not to push a certain agenda."

Proteas' 2015 World Cup campaign was marred by allegations of interference when it later emerged that Vernon Philander’s selection ahead of Kyle Abbott in the semi-final loss to New Zealand was imposed on by selectors.

In his book that was published in 2016‚ former captain De Villiers revealed that former chief executive Haroon Lorgat ordered the selectors to play Philander in place of Abott.