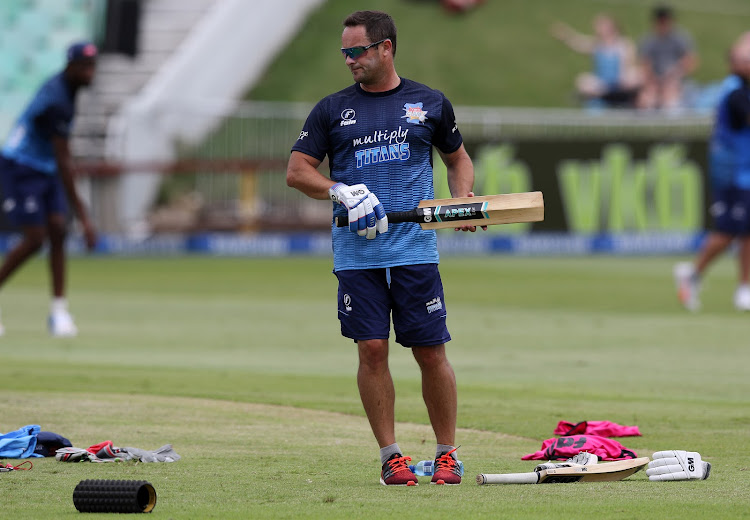 The Proteas Test opener ended as the leading run-scorer in the Momentum One Day Cup with 542 runs after five innings where he scored three centuries but he remains one of the few players whose inclusion in the squad is in doubt.

His franchise coach Boucher said it was a no-brainer that Markram must be included in the squad to England because of his good domestic form recently.

“I will pay for his flight‚” said Boucher with a stern face.

“The way Aiden has been playing‚ you don’t want to put shackles around him. He had a good partnership with Dean Elgar in the Momentum One Day Cup final last weekend and he must go to the World Cup.”

Elgar opens the batting with Markram in Test cricket. He concurred with Boucher that having Markram at the tournament is an issue that needs a lot of discussion.

“For me it does not need discussion – just take the boy. He has scored over 500 runs in about five games for the Titans‚ there is no debate here‚” Elgar said.

“If he doesn’t go‚ South Africa is shooting itself in the foot in my opinion.”

On his impressive form in the Momemtum One Day Cup‚ Markram said he decided to stop thinking too much about World Cup selection.

“It got to a stage where I forgot about selection and invested my time and energy in the Titans‚” the batsman said.

“I am fortunate that it has turned out like this for me at the Titans. It is completely natural because it’s a World Cup year and everyone is stressing about selection. Everyone wants to make the team.”

During the domestic 50-over tournament‚ Markram scored three centuries batting at different top order positions‚ which is the kind of flexibility that Du Plessis has said the Proteas wanted from players.

“I suppose if that is what they are looking for‚ I am glad that I have been able to do that‚” Markram said.

“In terms of selection you can only control a limited amount of things as a player and one of them is scoring big runs and it has turned out alright for me.

“If the squad happens and I am in‚ it will be superb‚ but we will try to get better for next time‚” he said concluding that he is looking forward to his short stint with Hampshire in England.

“I am excited about it. It is going to be two four-day games and eight ODIs and I am only there for about five games‚ which is a lot of cricket.

“Initially it is tough out there [in county cricket] as a batter but it is something that I am looking forward to and I will try to learn as much as I can.”