Sipamla says Proteas need to wrap up T20s at Cenurion 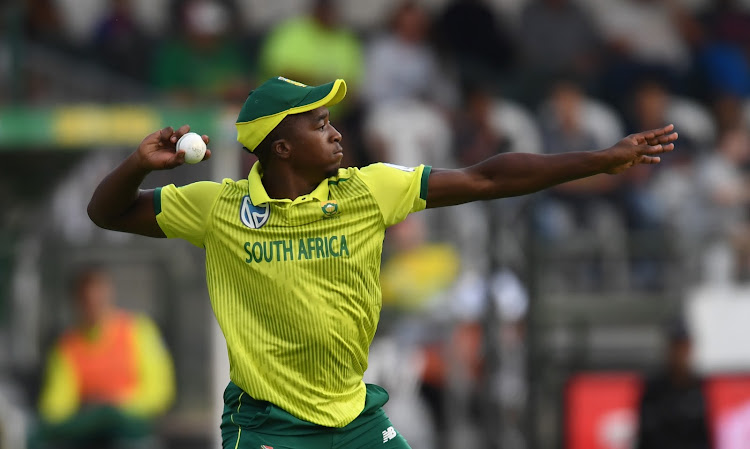 Being part of the Proteas setup over the past few months has been eye-opening for the highly promising fast bowler Lutho Sipamla.

Sipamla‚ who was first called up to the Proteas’ T20 squad for the series against Pakistan at the beginning of the year and has since played three matches in the format‚ said working with coach Ottis Gibson and his team has been invaluable.

The 20-year-old Warriors player caught the attention of the selectors after his impressive performances during the Mzansi Super League (MSL) for the Tshwane Spartans.

Sipamla said being with the national team has helped him to work on small details of his game.

“What has possibly changed for me since I started playing for the national team is my thinking towards the game‚” he said this week as Proteas prepared for the second T20 against Sri Lanka at Centurion where he is expected to play a big part for South Africa with ball in hand.

“The other important thing is how I handle situations‚ how I play my game and how I prepare. Being in this environment has definitely helped me to work on those little things.”

Sipamla was part of the nail-biting match on Tuesday where Proteas beat Sri Lanka in the super over to take a 1-0 lead in this series‚ and he was in awe at how senior players like skipper Faf du Plessis‚ David Miller and Imran Tahir held their nerve.

“The senior players were calm and collected – they knew what to do and they were ready for the challenge‚” he said.

“It was just so good to see how calm they were on the situation and I think they handled it extremely well. We came out tops and it was very nice.

“It was very exciting getting into a very good game played by both teams and I enjoyed being part of it.”

There is no doubt that Sipamla will grow to become a consistent performer for the Proteas in the future but at the moment he is down on the pecking order in all formats‚ and he is ready to bide his time while learning.

“At the moment I am just trying to take each game as I get it. It is a big opportunity playing for the Proteas this season‚” he said.

“So‚ I am not thinking about the World Cup at all – whatever happens in the future will happen but at the moment my mind is these next two matches in this series.

“For me‚ in every single game playing for the Proteas energies are always high because it is a privilege and honour to play for your country.

“It doesn’t need much to take the energies high or motivated for the game. Just playing for the badge is motivation enough.”

He said SA will approach Friday’s match at SuperSport Park with the same intensity as they did in Cape Town to avoid going to the last game in Johannesburg on Sunday having to win.

“We definitely are looking to play a good game on Friday and try to get a win. We know for that to happen we have to prepare well.

“Everyone has their gameplans‚ they know what to work on‚ coaches have spoken to players individually to discuss what we must work on.

“On Thursday we had another good session where guys trained well and they know what to work on in the nets. Hopefully we can carry that into the next game.”