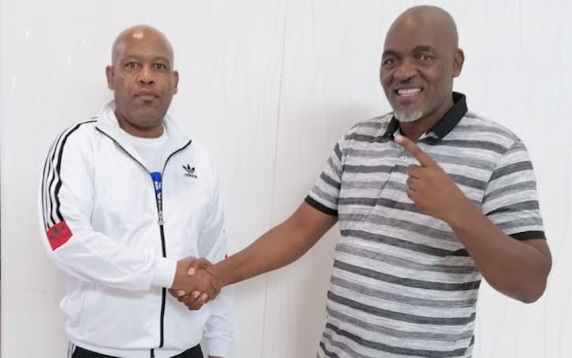 Zolani Tete will make his comeback on December 12 at Booysens Hall in Johannesburg. This was announced yesterday by the former world champion’s manager Mlandeli Tengimfene.

He said Tete – who last fought in 2019 when he lost the WBO bantamweight belt – would take on Iddy Mustafa Ally Said from Tanzania over 10 rounds in the junior-featherweight division. Their fight will headline Soweto Boxing Promotion’s bill.

“I have been silent regarding Zolani’s comeback but I am now announcing that he will be in action in Johannesburg on December 12,” the East London told Sowetan in an exclusive interview yesterday.

“I flew to Johannesburg on Wednesday to conclude Zolani’s deal,” he said.

“I want to thank the Gauteng Boxing Promoters Association and its chairperson (Tshele Kometsi) for opening their arms for Zolani to feature in their tournament. Credit also goes to Frank Warren (UK promoter who guides Tete’s career) for making it possible. His Queensberry Promotions put in a lot of money for Zolani and his opponent’s purse monies; the Gauteng Promoters Association is meeting us half way.”

Tengimfene said that Warren already had a date – March next year – for Tete to face Jason Cunningham for the IBF International junior featherweight title in UK. “I must say the fight on December 12 is a must win one for Zolani to relaunch his international career,” said Tengimfene.

Kometsi said: “We concluded the deal with both Last Born and Queensberry Promotions this morning (Thursday) that we co-promote Zolani’s fight. Hopefully this is the first of the many co-promotions that will open doors for other boxers. We are delighted to have an icon like Zolani in our tournament. Don’t rule out Warren’s presence at the tournament.”

Vibrant boxing manager Vus’Umuzi Malinga is breathing a sigh of relief and feels vindicated for lodging a formal complaint with Boxing SA (BSA) after ...
Sport
1 week ago

Legendary Dingaan Thobela – a retired two-weight world boxing champion  – is disappointed by the deafening silence from the government in not ...
Sport
2 weeks ago

Trainer Sean Smith has cleared up the mystery that was caused last week by the WBC in its statement quoting president Mauricio Sulaiman saying his ...
Sport
2 weeks ago

Veteran promoter Obed Molekwa will make a comeback on December 12 and his tournament, under new promotional company Soweto Boxing Promotion, will ...
Sport
2 weeks ago
Next Article