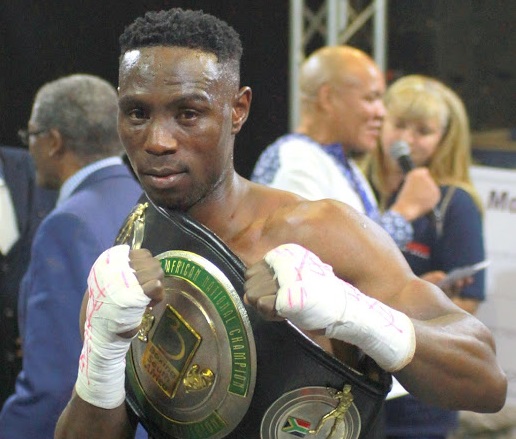 Veteran promoter Obed Molekwa will make a comeback on December 12 and his tournament, under new promotional company Soweto Boxing Promotion, will stage the most important fight in the life of Phila Mpontshana.

The 76-year-old Molekwa has not staged boxing tournaments for almost a decade. He stopped promoting after the boxing blackout by the SABC. Molekwa promoted under the banner of Peoples Boxing Promotions.

His tournament will take place at Booysens Hall where Mpontshana will bid for the record fifth defence of his domestic title against No 1 contender Sibusiso Zingange.

Victory will earn him the outright ownership of the BSA championship belt because it will satisfy the required number of the defences for any male champion to win the national belt. Females are required to record three defences to become owners.

Mpontshana from Mdantsane won the title in 2016 and his fourth defence was in 2019. The talented champion will face Zingange, who earned the rights in September after defeating Athony Moloisane at the same venue in the south of Johannesburg where Molekwa will be doing what he has done successfully in the past 40 years.

Also to feature in Molekwa’s bill will be John Bopape against Bockson Bukasa from Congo. Bopape from Alexandra Township comes back after his loss in Russia to Albert Khamkhoev in September. Bopape is rated No 3 for the SA middleweight title that is held by Nkululeko Mhlongo.

Molekwa said: “When we tried to renew under the old name I was told that that name now belongs to someone in the Eastern Cape, so I came up with the new one. My two boys are involved in the company. I still want to push and give my boys experience so that the promotion does not die with me. The tournament will be broadcast on SABC.”

In 2018, Boxing SA stated that it was working on a comprehensive life cover for licensed boxers that will cover their income protection and ...
Sport
2 weeks ago

It is only a week before Azinga “Golden Boy” Fuzile gets involved in the fight of his life at the Hulu Theatre inside Madison Square Garden in New ...
Sport
2 weeks ago

Gideon Buthelezi must reciprocate with nothing but victory when he defends his IBO junior bantamweight boxing belt at the International Convention ...
Sport
2 weeks ago
Next Article