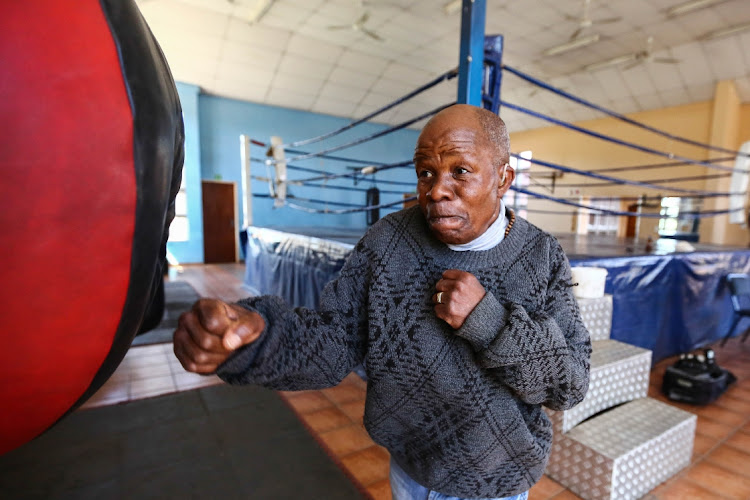 Unheralded Anthony “Qash” Sithole, who represented the black nation with great distinction in local boxing by winning two non-white South African title in the flyweight and bantamweight classes during apartheid which prevented mixed race boxing matches has passed on.

Sithole’s success in the roped square defined his turbulent times which involved trauma after “killing” two opponents with his fists inside the ring was one of his era’s charismatic sports figure. The Sowetan, who was known earlier in his career as “Snowball”, died at home in Rockville from natural causes on Saturday. Sithole, who boxed from 1965 until 1975, was 77.

His death was confirmed yesterday by Hezekiel “Ziggy” Mtshali, who trained and managed the fallen hero during his heyday as a pugilist. Mtshali said Sithole had been admitted at some stage at Chris Hani Baragwanath Academic Hospital in Soweto.

“He was later discharged but his condition did not improve until he passed on on Saturday; That is what the family told me as I speak to you now,” said Mtshali who was responsible for Sithole’s career and made him a proud young manager in 1969 when Sithole won the flyweight non-white title with a fifth round stoppage of Steve Khotle at Orlando Stadium on August 16 in 1969.

That, according to Mtshali, was a special one in his life and will never forget. "I had been under pressure from many trainers and managers older than me for accepting that fight. In horse racing terms, Qash was 50-1 darkhorse. Khotle went down in round one, twice in round two, once in three and the referee stopped the fight in five,” reminisced Mtshali. “Look, Qash won his second title - the bantamweight after defeating Smuts Mokoena on points at Orlando Stadium also in 1969.

“I had the best Christmas celebrations that year. I am bleeding inward because he is no longer there for us to remember the journey we travelled together. We were the same age, but he respected me. Qash was the first boxer from Central Western Jabavu to win two SA titles.

He then travelled to Australia in 1970 and he beat all the nine guys he fought there. One of them - Alberto Jangaly from the Philippines - died after being hard done by Sithole’s left uppercut to the jaw. Four-and-half years earlier, Sithole knocked out Lumkile Dunjana in the sixth round of the bout Sithole was losing in Port Elizabeth. “Dunjana also died,” said Mtshali.

“It is sad that he did not get the recognition he deserved ” said Mthali of the departed hero who will be buried at Avalon Cemetery on Saturday.