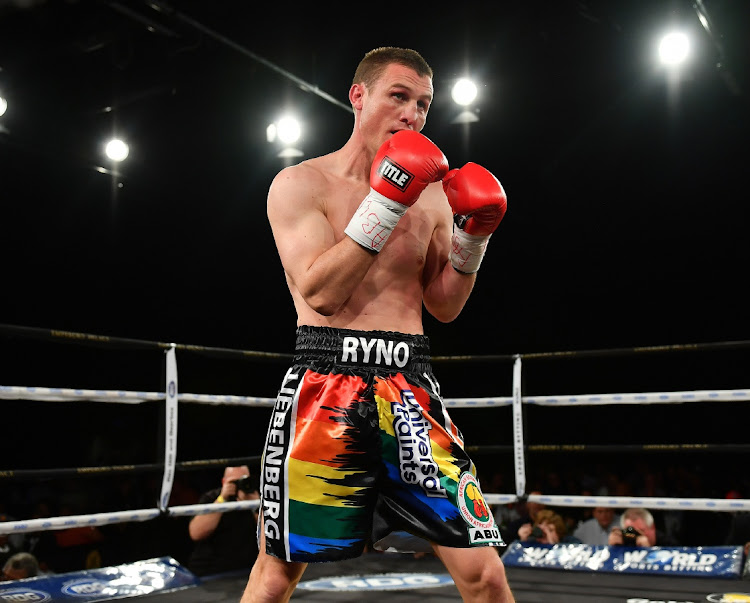 The feeling of being involved in his last boxing match after having spent 11 long and thorny years as a pro has overwhelmed Ryno Liebenberg.

The former IBO All Africa, Continental, WBC Silver, SA light-heavyweight, ABU, WBO All Africa and WBA Pan Africa super-middleweight titlist will be involved in his swansong in Russia today.

The 33-year-old Russian has held multiple minor titles. He lost to Felix Sturm for the WBA super-middleweight belt in 2015 and also got beaten by George Grooves for the same title in 2016. Chudinov  holds the WBA Gold title. He drew with SA-based Malawian Isaac “Golden Boy” Chilemba in February. That was Chudinov’s only draw. He has won 23 of his 26 fights,16 by knockout.

Having fought his first fight in 2010, the man who is drawing the curtain on his illustrious career said: “I am much less stressed and scared but a bit more emotional saying goodbye to 11 years of my life, but also excited for the next chapter with my family and in business.”

The fearless boxer from Krugersdorp – who missed out on adding the IBO super-middleweight belt to his collection after losing to Thomas Oosthuizen in 2015 – owns a successful paint business.

“It is going to be a tough fight and I know it but I prepared 100% and I am ready to go out with a bang. I am going in there to knock this guy out. I’d rather be knocked out trying than lose on points. I am ready to put on the performance of my life,” Liebenberg said.

Liebenberg’s last performance at home was on March 14 when he brutalised Rowan Campbell over eight bloody rounds to end his reign as the SA and IBO All African super-middleweight holder. Victory in that fight, staged by Golden Gloves at Emperors Palace, earned Liebenberg the WBA Pan African strap. The stoppage was Liebenberg’s 14th in 21 wins, against seven losses.

'I've done everything I wanted; it's time to say goodbye'
Sport
1 year ago

Fresh from win, Golden Boy will fight for IBF title
Sport
11 months ago
Next Article