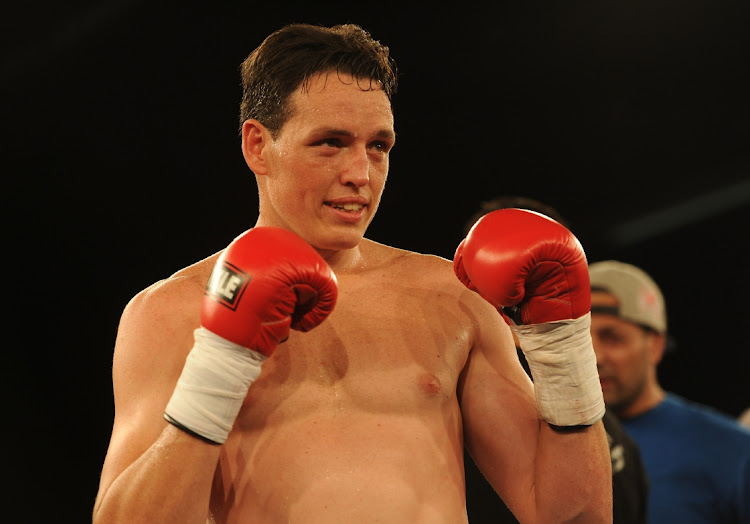 It is unclear which title will be at stake and which rules will be applicable during the SA, IBO All-Africa and WBA Pan African super-middleweight title fight between Rowan “Braveheart” Campbell and Ryno “The Lion” Liebenberg on March 14 at Emperors Palace.

The number of rounds in SA title fights is 12 while IBO All-Africa and WBA Pan African belts have always been contested over 10 rounds. Campbell holds the SA and IBO All-Africa belts. The other one is vacant.

Pressed for clarity, Boxing SA’s Gauteng provincial manager Lehlohonolo Ramagole said: “The two boxers signed for all three titles and their original contracts from Golden Gloves was 10 rounds. We refused and they changed them to 12 rounds to accommodate the SA title.

“SA and WBA rules look the same. Jaap van Niewenhuizen [Ramagole’s colleague who works for the WBA and IBO] has the rules book and he promised to share it.”

Campbell faces a test of character against a battle-scarred warrior who has seen it all, done it all and won the T-shirt. Liebenberg has held the SA title in the light-heavyweight division where he also held multiple international titles. He has nothing to lose and such fighters are always dangerous.

Campbell has no amateur background and is still finding his footing inside the roped square. But trainer Peter Smith – a former pro fighter – has done wonders with this greenhorn who remains undefeated after 12 fights. What makes the job easier for Smith is that his student is willing to learn, to go the extra mile in everything and that he is fearless.

Campbell is getting better with every fight. He has also been winning by stoppages, which used to happen more frequently in his first two years.

Liebenberg has been to wars and the experience he gained against the likes of Dennis Grachev, Eleider Alvarez, Thomas Oosthuizen, Patrick Mukala, Erik Skoglund and Vincent Feigenbutz could help him provide answers to any question Campbell may ask during their fight.

Liebenberg has been hit hard by Alvarez, Mukala, Skoglund and Feigenbutz but only Alvarez and Skoglund could stop him in his seven losses against 20 wins with 13 knockouts and a draw.

The fight fraternity must brace itself for a second installment, a potential slugfest of the match-up, between SA middleweight champion Nkululeko ...
Sport
1 year ago

Boxing trainer Bernie Pailman is pleading with local boxers, specifically those who have to work harder for their victories, to take a leaf out of ...
Sport
1 year ago

TLB Boxing Promotion of Joyce Kungwane has gradually become the second leading company to depend on in Gauteng. The other is Golden Gloves of Rodney ...
Sport
1 year ago
Next Article