Who will occupy the throne? 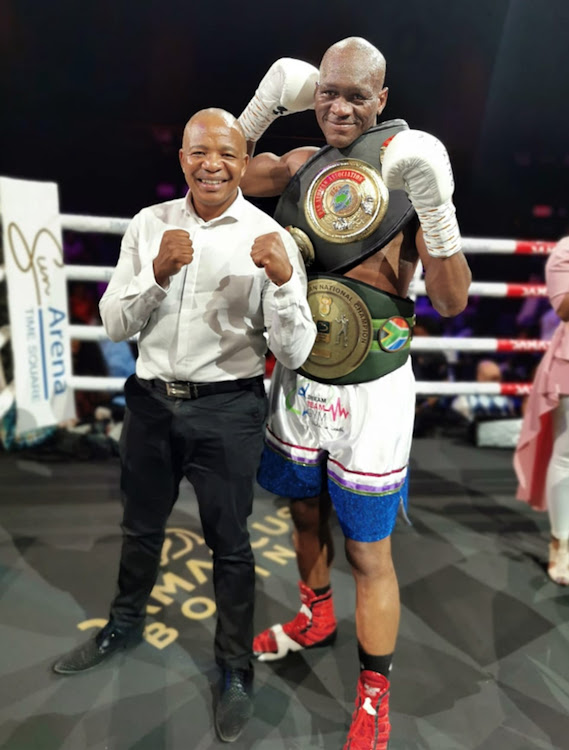 The fight fraternity must brace itself for a second installment, a potential slugfest of the match-up, between SA middleweight champion Nkululeko "Bulldog" Mhlongo and John “Section 29” Bopape if the notification by Nkululeko’s promoter Lebo Mahoko is anything to go by.

These adversaries met last weekend in Durban where Bopape won their non-title 10-rounder on points. On his arrival at home in Alexandra on Monday, Bopape called on Mhlongo for what he termed the decider for the SA throne.

“Don’t get me wrong, I am not chasing after Nkululeko as such but instead the SA title which he holds. It is up to Nkululeko now to dictate to us as to what happens going forward with the SA title because I am not going backward. Forward we march – asijiki,” said Bopape.

Mahoko welcomed the challenge and added: “We wish to congratulate John for a sterling performance. John is the only SA-born boxer to defeat Mhlongo in the last five years. Nkululeko offers no excuses for his loss. We just need to get the communication from Boxing SA which confirms to us that John now qualifies to challenge Mhlongo for the SA title and we will take it from there.”

Initially, promoter Zandile Malinga had intended having Mhlongo defend against Bopape last weekend, but the No 3 contender was not eligible due to his insufficient number of fights in that weight class. Regulations demand that a boxer must have fought three consecutive fights in a weight class to be able to challenge for that division’s title.

But last weekend's fight was Bopape’s third and he now qualifies to challenge for the title. He had previously crushed both Ricky Tshabalala and Wade Groth in two rounds and one round, respectively, before outpointing Mhlongo.

A jubilant Bopape said: “I now know and fully understand that indeed it is impossible until it is done. I had to put everything in line against Nkululeko, who was tipped the walk all over me."

Boxing trainer Bernie Pailman is pleading with local boxers, specifically those who have to work harder for their victories, to take a leaf out of ...
Sport
1 year ago

TLB Boxing Promotion of Joyce Kungwane has gradually become the second leading company to depend on in Gauteng. The other is Golden Gloves of Rodney ...
Sport
1 year ago