Talented Limpopo boxer would do well not to underestimate opponent 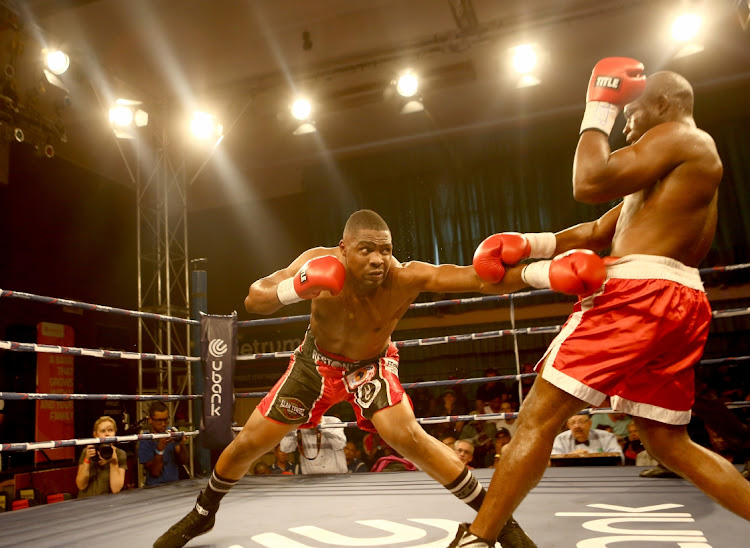 The fifth-round knockdown by unfancied Sibusiso Dlomo on Xolisani  Ndongeni two weekends ago must serve as a stern warning to hot prospect Akani Phuzi that fatigued Johnny Muller is equally capable of doing the number on him when they meet at Emperors Palace on December 19.

Phuzi, a 26-year-old boxer from Malamulele in Limpopo who is trained by Alan Toweel Junior, will put his WBA Pan African cruiserweight title on the line against this tough-as-nails 29-year-old Muller in the Golden Gloves’ “December Demolition” bill .

On paper Phuzi – who is undefeated after 11 fights – should win the upcoming 10-rounder. He is fresh, hungry and talented. Muller is the rugged fearless fighter from Roodepoort who showed so much potential in that he was rushed into big fights when he was still very raw.

He turned pro in 2009 and won the SA lightweight title in 2010. He fought and lost twice to rough and unsympathetic Ryno Liebenberg for the IBO All-Africa title. Muller regained the SA title in 2013 and added the WBC International silver belt in his collection in 2014 before handing Kevin Lerena his first loss the same year.

The eagerly awaited third boxing meeting between Akani ‘Prime” Phuzi and Chris “The Wolf” Thompson which was set for October 10 at Emperors Palace ...
Sport
1 year ago

Muller was over-matched with Oleksandr Usyk  – a very good boxer with excellent hand speed with boxing brains and timing – and the Ukrainian punished Muller before eventually stopping him in round three of their scheduled 12-rounder.

Muller came back home and easily defeated over-matched Herman Potgieter before taking another pounding throughout 12 rounds from Thabiso Mchunu for both the SA and ABU belts in 2017.

While it has always been exciting to see Phuzi knocking out five of his 11 opponents, it remains to be seen if he can take a good punch. If Phuzi goes into the fight thinking that his status, history or background is good enough to scare off Muller, then he will get a rude awakening because status, history and records are just a reference that cannot win a boxer a fight.

Ndongeni found out when he was lying on his back in round five.