'Have your say on new BSA board' 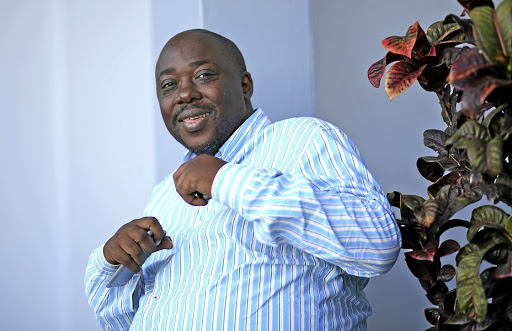 Eastern Cape Boxing Promoters Association chairperson Thando Zonke has claimed the ownership of a mysterious statement that encouraged licensees to make use of the rare opportunity to nominate individuals they prefer to serve in the seven-member board of Boxing SA.

It said those persons will be considered when a new board of Boxing SA is appointed by minister of sports, arts and culture Nathi Mthethwa before the end of the year. This has never happened before since the new SA Boxing Act of 2001 came into being.

Licensees and other stakeholders always learned about board members when ministers made announcements on who will serve on the board whose term of office is three years.

Mthethwa must actually be commended for his approach which is in line with the SA boxing regulations.

The strange statement was not attributed to anybody. Licensees in Gauteng thought it came from Boxing SA chairman Peter Ngatane although it did not have BSA letterhead. Ngatane told Sowetan that he knew nothing about it when contacted about it.

It is understood that Mthethwa's office is on the process of sending out nomination forms to licensees to exercise their right.

Zonke said the statement is in line with those nomination forms.

The larger section of the boxing fraternity was not aware that sports minister Nathi Mthethwa breathed life into a dead situation by giving ...
Sport
10 months ago

"I wrote it strictly to promoters in the Eastern Cape. I don't know how did it land in Johannesburg," said Zonke yesterday.

"That was after I had been informed reliably that the office of Mthethwa will send out nomination forms for people the boxing fraternity prefers to be on the new board of Boxing SA.

"According to the Boxing SA Act of 2001, names of people who must serve in the board of Boxing SA must be made by licensees and that list be submitted to the minister for consideration. I am preparing for the future."

Zonke wrote: "The nomination for boxing board members is underway; all structures and stakeholders are invited to submit their names of candidates to be accompanied by their CVs. We urge you to select thoroughly and take into consideration that these will be the responsible people who are to fairly represent the fraternity in an objective and progressive manner.

They were appointed by then sport minister Thulas Nxesi in 2016.

Their appointment was supposed to have happened in May of that year, but Nxesi requested an extension to allow sufficient time to advertise, screen and process the nomination and as a result he ended up appointing them in December. They replaced the board of Muditambi Ravele (chairperson), Ngatane, Radu, Jack, Gumbi, Kabini and Zoyisile Gcilitshana which was put into power by Fikile Mbalula.