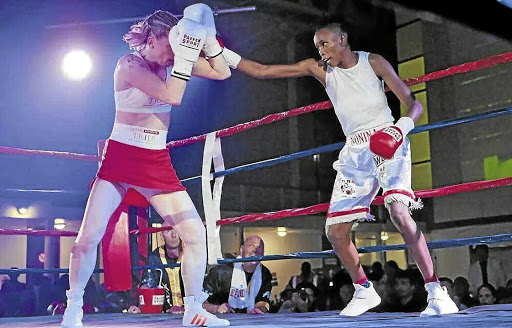 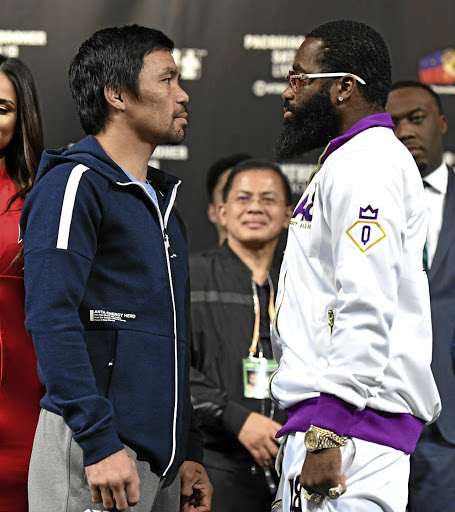 A breakthrough is all Bukiwe "Anaconda" Nonina needs in order to step up as a fighter and ultimately win bigger titles just like her compatriot Noni "She Bee Stingin" Tenge.

Nonina from Dutywa has been the WBF bantamweight champion since 2017. She is not growing as a fighter, and at 27, time is fast running out.

Tenge rose to fame by capturing the same organisation's welterweight strap before top promoter Branco Milenkovic organised the IBF championship bout which Tenge won after stinging Daniel Smith, from New Zealand, into oblivion over seven rounds in Brakpan in 2011.

The spotlight is on Nonina, who is the face of local women boxing. Nonina is the former SA and current WBF bantamweight holder.

The reigning SA Female Boxer of the Year award champion is in Denmark where she will take a step towards competing for the IBF belt.

She will oppose that country's rising fighter Sarah Mahfoud for the IBF Inter-Continental featherweight belt. The bout - Nonina's first in that weight class - will take place tonight.

The winner has been promised a crack at the actual IBF title.

"I want to upgrade my standard and fight for a big title. This is the only opportunity that will enable me to fight for a world title," she said from her hotel yesterday. "My preparations were okay.

"I fought in December and never took a break. I am ready, strong and hard work begins [tonight]."

If fight statistics determine an outcome of a boxing match, then Nonina should emerge victorious. She has fought nine championship fights over 10 rounds. She has 13 wins, three losses and a draw.

Action will swing to MGM Grand in Las Vegas on Sunday morning when legendary Filipino Manny "Pacman" Pacquiao puts his WBA welterweight title on the line for the first time since winning it from Lucas Matthyse in Kualar Lumpur in May last year.

Pacquiao boasts 39 KOs in 60 victories against seven losses and two draws, while Broner has 24 knockouts in 33 wins against three losses and a draw.

SuperSport will broadcast the fight live on SS1 from 4am.