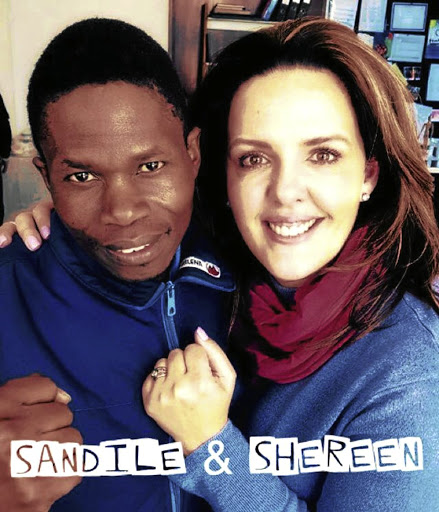 Sandile Xaka says he is excited about returning home to Butterworth, in the Eastern Cape, for the first time as a professional boxing promoter.

Hunter is based in Johannesburg where Xaka acquired his promoter's licence in 2015. The 44-year-old former amateur boxer has been based in Gauteng since 2002 and has already staged eight tournaments, all in Randburg.

Hunter, the reigning most promising female promoter of the year, said: "Sandile is one of the most amazing people I have had the privilege of working with in boxing. He is a hard worker, genuine and committed to boxing for all the right reasons. Unleashed Combat Sport will support him wherever we can."

Said Xaka: "My association with Shereen is good for boxing because it is very important for promoters to unite with one common goal of promoting boxing. I am excited to go back home where I started boxing. Hopefully, the Mnquma municipality in Butterworth is watching this. I hope that going forward they will lend a hand in assisting us to revive boxing in the Butterworth region.

It could get ugly as foes square up

The rematch between Akani "Prime" Phuzi and Chris "The Wolf" Thompson on Sunday has the potential to be the ugliest local shootout in the seven-bout ...
Sport
4 years ago

"People are so excited they cannot wait," he added.

"Boxers are now going to train harder knowing that there is a promoter who is looking after them.

"There are only two professional boxers in Butterworth and they have to travel to East London to get fights. One of those boxers lost 10 of his 13 fights because he says he only got told about those fights in East London at the 11th hour.

"He took them because he is unemployed, with no action in the ring. That is so sad."

He said Dalisizwe Komani will be in action against Phumelele Cafu over 10 rounds in the main bout while Clement Kamanga and Lukhanyo Kaptein will meet at junior welterweight over eight rounds.