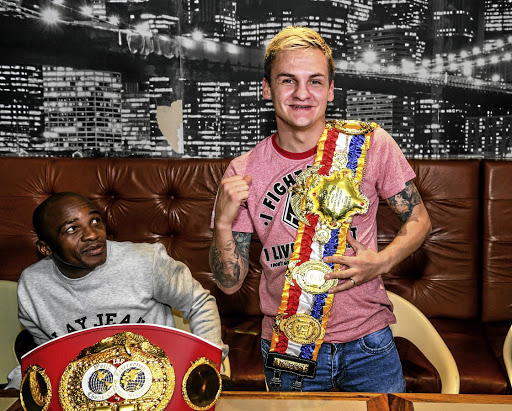 The last time two South Africans shared a bill was in September 1990 in Italy when Brian Mitchell chalked up the 11th defence of his WBA junior lightweight title against Frankie Mitchell.

Welcome Ncita registered the second defence of his IBF junior featherweight on the day with a third-round knockout of Gerardo Lopez.

Budler and Mthalane are stable-mates at the Hotbox Gym of successful trainer Colin "Nomakanjani" Nathan, whose name has become synonymous with history- making boxing matches.

Budler will put his WBA Super belt on the line for the first time against former IBF mini flyweight champion Hiroto Kyoguchi - the 24-year-old Japanese who is undefeated in 11 fights.

Kyoguchi is rated No.4 by the IBF in the junior flyweight class.

Mthalane will also bid for the first defence against Masahiro Sakamoto - also a Japanese - who has nine knockouts in 13 wins against a loss. Sakamoto, 27, is rated No.15 in the flyweight division.

Said Nathan: "I am very excited about this opportunity which is not only great for my camp but also for local boxing. Macau has become a hot bed for boxing.

"We have two fights lined-up for us and at this level with legitimate world champions; you cannot duck and dive and choose who you want to fight.

"There has to be credible title challengers but I am confident that we can pull this off. I think 2018 was the year where we rewrote history of South African boxing."