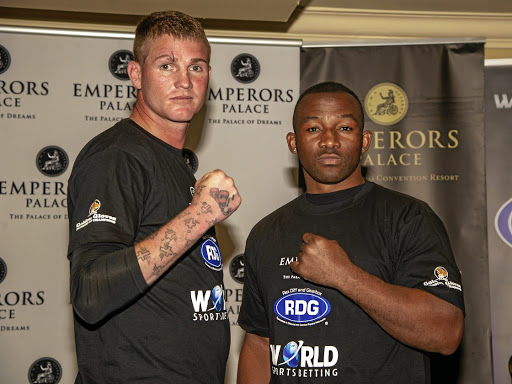 Talented but wayward former IBO super middleweight, ABU and IBO light heavyweight champion Thomas "Tommy Gun" Oosthuizen will be back in the square circle in September now that he is out of jail after being found in possession of drugs, Golden Gloves has announced.

The 29-year-old left-hander's wayward lifestyle has delayed his destined greatness. Fresh from jail, promoter Rodney Berman announced that Oosthuizen will face the winner between Thabiso "The Rock" Mchunu and Latvian Ricards Bolotniks whose fight will form part of the Bombs Away bill at Emperors Palace on June 23.

Berman will stage a tournament on September 1 and he wants Oosthuizen in that lineup.

"Tommy gets into trouble when he's not fighting. The sport of boxing keeps him on the straight and narrow. At his best, he's the most naturally talented SA boxer of the past 10 years."

Oosthuizen, who has not lost a fight in South Africa since he turned professional in 2008, will be fighting out of his normal super middleweight class where he won the world title at the age of 24.

He defended the IBO super middleweight title six times before moving up to the light heavyweight class where he won the same organisation's belt, the ABU and WBA Pan African titles. Igor Mikhalkin ended his run of 29 fights without defeat in Germany in May last year.

Oosthuizen was with trainer Gert Strydom in that bout because he had left Harold Volbrecht in 2016. Oosthuizen and Strydom went their separate ways after that defeat, and Oosthuizen is back with Volbrecht who he rates as the best. Oosthuizen opened up to fight publicist Brian Mitchell about his life, saying: "I put myself in bad situations, wrong friends, wrong crowds and wrong place. You are who you are hanging out with. I had to learn that the hard way.

"I am blessed to have another opportunity. I am moving forward, doing right things - writing my final pages of my boxing career."