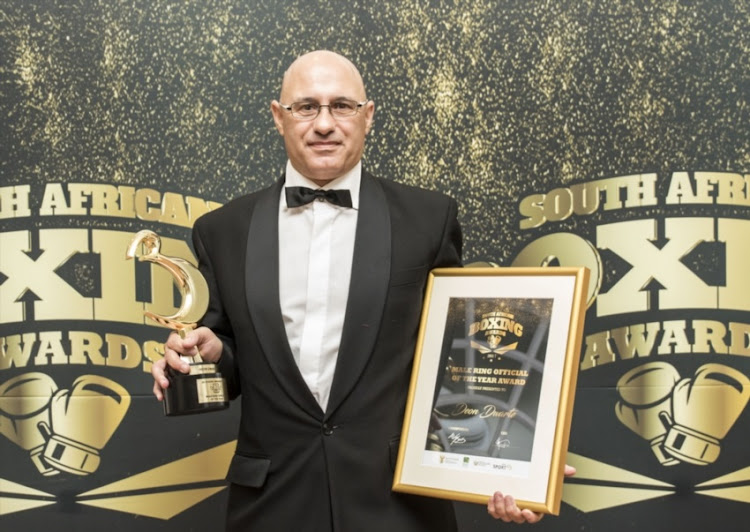 World renowned boxing referee Deon Dwarte from Cape will be the third man in the ring when Thulani "Evolution" Mbenge welcomes Argentinian Diego "The Joy" Chaves at Emperors Palace in a fight for the vacant IBO welterweight title on June 23.

The fight‚ Mbenge's ninth at the imposing casino in Kempton Park where the Mdantsane boxer won the SA‚ ABU and WBC International belts - will form part of Golden Gloves's "Bombs Away" bill.

Dwarte is one of the many respected local ring officials who have been involved in high-profiled boxing bouts.

The referee - who won BSA's 2017 male ring official of the year award in Port Elizabeth in January - was one of the three judges in the heavyweight championship bout between then IBF champion Anthony "AJ" Joshua and Eric "Drummer Boy" Molina in Manchester where the former won in three rounds in December 2016.

The judges for the Mbenge-Chaves bout are former middleweight boxer Terrence "Ace" Makaluza from Port Elizabeth‚ Jean Robert Laine of Monaco and John Shipanuka from Zambia.

Smith's other boxers‚ Thabiso Mchunu and Rowan Campbell. will also be in action.

Mchunu will meet Ricards Bolotnkis of Latvia while Campbell will host Oziel Santoyo of Mexico in a fight for the vacant IBO Youth super middleweight title.