Is Anthony Joshua worth the hype he gets? 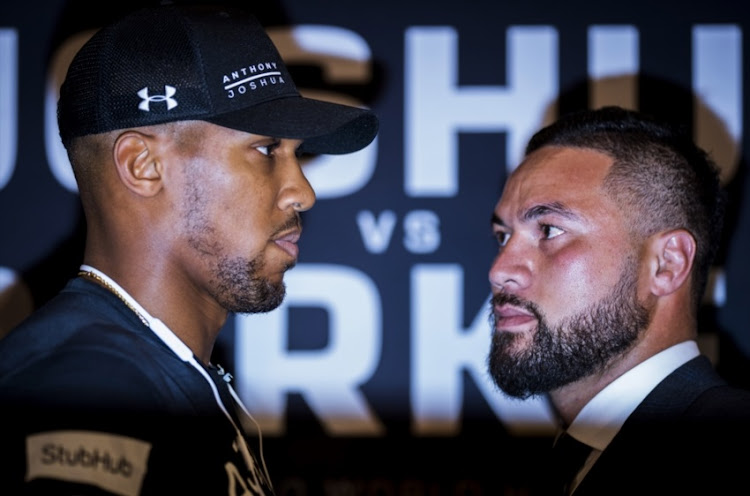 Is Anthony "AJ" Joshua the heavyweight division's last hope or is the UK boxer with a keen interest in football just the pretender to the throne that was occupied by luminaries like Muhammad "The Greatest" Ali once upon a time?

This is a question that has been asked by boxing purists the world over and it will once again be on many lips when the 28-year-old Joshua puts his IBF and WBA world titles on the line in a heavyweight unification bout against WBO champion Joseph Parker at the Principality Stadium in Cardiff on March 31.

The heavyweight division has struggled to find a charismatic and dominant champion for years now and the hype machine has zoned in on Joshua in recent times as the desperate search for a man who can revive the excitement of old in the weight class continues.

This has in turn sparked furious debates about his credentials and South African heavyweight champion Osborne "Big Daddy" Machimana‚ who has watched the circus from a distance‚ offered his own assessment of the boxer even though he is some way from knocking on Joshua's door.

"Joshua is a good boxer and I think he is the answer to the heavyweight division‚" he said without mincing his words.

"I cannot talk because I am not a contender for the world titles but if I was up there in the ratings‚ I would say to you he is not difficult to beat.

"He just relies on power and is one-dimensional.

"If you close him down‚ he has no plan B.

"He just comes to fight.

"I can hold my own because I like fighters compared to boxers.

"Fighters hardly think whereas boxers use their brains a lot to out-think you."

Machimana will defend his SA belt against Ruann 'Giant King" Visser at Emerald Casino in Vanderbijl Park in the Vaal next Friday.

"He is big and strong‚" said Mitchell.

"Of course he is still wet behind his ears and I believe with time he will get better.

"Thank God‚ he beat Wladimir Klitschko although he had to get up from the canvass to eventually stop him."

Mitchell said the Klitschko brothers from Ukraine - Wlamdimir and Vitali were boring.

"Anthony is young and fresh but I don't think he will beat Deontay Wilder‚" said Mitchell.

Wilder from America is the current WBC champion.

Former WBC super middleweight champion Dingaan "The Rose of Soweto" Thobela also weighed in on the debate and said Joshua is the real deal.

"He has proven beyond doubt having fought big guys like Wladimir‚" he said.

"He's got power‚ skills and endurance (got up after being dropped by Klitschko to eventually stop him in the 11th round)‚ so based on all these‚ I think he is the future of heavyweight division."

The questions will no doubt continue to be asked until Joshua finally silences his critics.

His unification bout against Parker would be a good place to start.