Amid gloom, there was ray of light for Team SA in Oregon 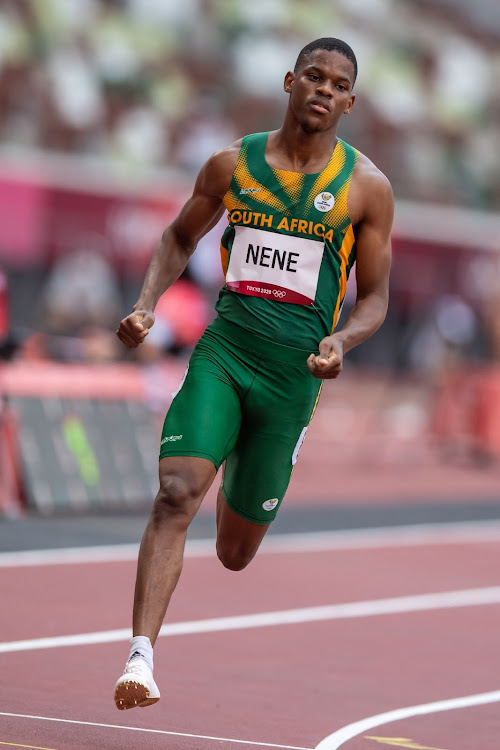 Zakithi Nene made it to the semis in the 400m
Image: Anton Geyser

The recently concluded World Athletics Championships, which were held in Oregon, US, were not the best of showings for Team SA. The team failed to secure a podium finish, leaving many disappointed and alluding to a decline in the standard of track and field in the country.

Despite the underwhelming performances, there were some decent outings in the games. Athenkosi Tsotsi looks at some of the positives:

Nene managed to get to the semifinal of the men’s 400m. In the heats, he ran an impressive 46.69sec, and then in the semifinal he improved on that time, running in 45.24sec but was eliminated. What stood out with Nene was how he had no stage fright. At 24, time is still on his side, now what he needs to do is to be a consistent performer in the Diamond Leagues and a regular in the finals of major championships.

SA should be happy that Sekgodiso returned from her premature retirement because she’s a star in the making. She may not be an elite athlete like Caster Semenya was at her age but she has the tools to go to the very top. In the two rounds she ran leading to her elimination, she was raw. The positive around Sekgodiso is that she’s successfully transitioned from a junior prospect to a senior. She is a future medal hopeful.

The 200m national champion showed his inexperience in Oregon: in his heat he finished second behind 100m world champion Fred Kerley. The moment of the world champs and running next to Kerly saw him put on a personal best of 20.29sec. In the semifinal, the 20-year-old had emptied his tank as he ran 20.47sec and finished fifth. He’ll see plenty of world champs, and get to understand the importance of pacing himself and not peaking in the early stages.

Adams has finally put to bed all his injury problems and physically he looks terrific. He looked impressive in the rounds heading to the final, however, in the final he faded away due to fatigue. Turning 26 on August 1, Adams is entering his prime years. Should he be injury free, the next few seasons will see him reach great heights and fulfil his potential.

There’s a growing concern around the state of track and field in SA after the team has now gone without a medal in back-to-back World Athletics ...
Sport
1 week ago

Akani Simbine ran the fastest anchor leg in the men’s 4x100m relay at the world championships on Saturday (Sunday morning SA time), but that still ...
Sport
2 weeks ago

Former Olympic silver medallist Khotso Mokoena is concerned about the standard of the long jump and triple jump disciplines after the South African ...
Sport
2 weeks ago

Wayde van Niekerk had the will but not the legs as he ended fifth in the men’s 400m on Friday (Saturday morning SA time), his first final in five ...
Sport
2 weeks ago
Next Article