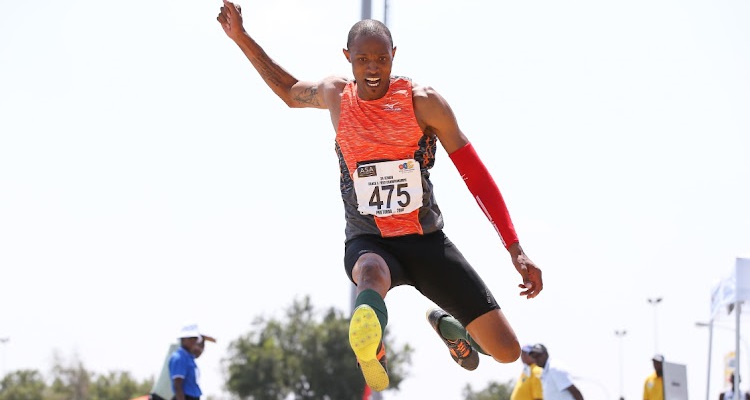 Former Olympic silver medallist Khotso Mokoena is concerned about the standard of the long jump and triple jump disciplines after the South African contingency failed to secure a medal at the World Athletics Championships happening in Oregon, US.

Ruswahl Samaai, Cheswill Johnson and Johan van Vuuren all failed to reach the final of the long jump. It was puzzling as Samaai and Johnson posted the same season best of 7.86 but then still fell short.

Going to major championships over the years, with the likes of Mokoena and Luvo Manyonga, it was almost guaranteed that SA will get a medal to add to their tally, however, recently it has not been the case.

"You can see how the standard is starting to drop. It's very concerning. I feel like it's concerning for the long jump and triple jump,” Mokoena said.

"One of the main reasons we are falling short is that we don't have enough athletes that are coming up to take the chance of doing the long jump. We have Samaai, Johnson and Van Vuuren and a couple of youngsters but it's not enough," he said.

Seeing where the problem is, Mokoena, who has turned into an administrator serving as part of the SA Sports Confederation and Olympic Committee board, has ideas in place to solve the long jump problems.

Mokoena wants to put structures in place that will attract prospects from the high school and tertiary levels to take up the long jump.

"We have to pick up the interest, especially from the school level and university. We have to make guys take up the event. I'm 100% sure there is a lot of talent there," said Mokoena.

"It does reflect on the development system, from school to university. There's just not enough development happening. This is something we have to look at.

"I'm sitting at the school sports commission. We are going to put in place later this year strategies that will start the implementation of development. It's a mammoth task, but it's doable," he said.

Long and triple jumper Khotso Mokoena has returned to training with the plan of qualifying for next year’s Commonwealth Games to be held in ...
Sport
11 months ago

The country is looking at athletics to deliver the medals for Team SA at the ongoing Olympic Games in Tokyo, Japan, when the 10-day track and field ...
Sport
1 year ago

Long jump star Khotso Mokoena says local athletes do not take doping seriously and that a system must be put in place to educate them about the ...
Sport
1 year ago
Next Article