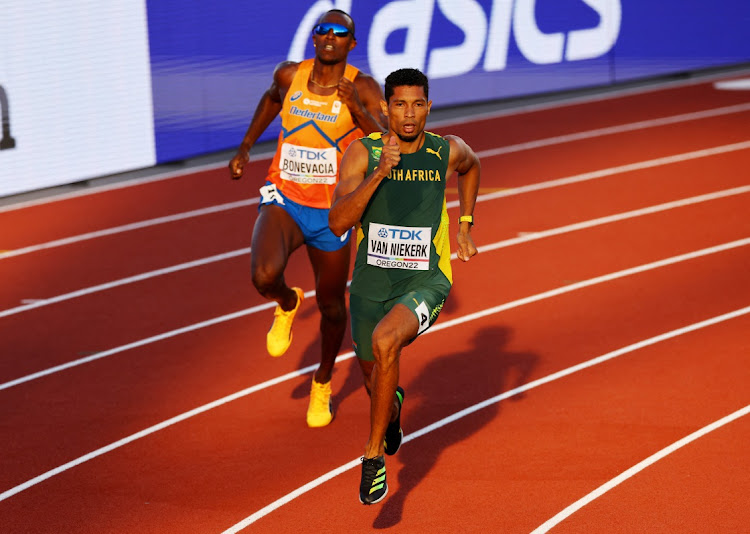 There’s a growing concern around the state of track and field in SA after the team has now gone without a medal in back-to-back World Athletics Championship events.

Team SA went to the world championships with a few medal hopefuls but they all fell short on the grand stage. The team failed to secure a podium finish in the 2019 edition in Doha and this year in Oregon.

A lot of factors can be attributed to the team going without a medal. The lack of quality is the evident one; the country no longer has world-class athletes.

The 2017 London World Athletics Championships class that put the country third in the overall ranking, are no longer in their prime. Caster Semenya is not running in her preferred event, injuries have taken a toll on Wayde van Niekerk and Luvo Manyonga has disappeared from the face of athletics, while Rushwahl Samaai is not the same athlete.

Former 400m hurdles champion LJ van Zyl says the performance of the team in the US was disappointing.

“We have to look at what happened behind the scenes. Some of our athletes pitched the day before, which had a clear impact. We knew about the World Champs long ago, I was hoping for better planning.

Van Zyl has called for more financial support to be given to athletes for the standard to improve.

“We need to invest in the athletes, we need to increase the prize money, high-quality competition as we had at the Grands Prix so we can sharpen up for high standard of competition,” he said.

Akani Simbine ran the fastest anchor leg in the men’s 4x100m relay at the world championships on Saturday (Sunday morning SA time), but that still ...
Sport
2 weeks ago

Wayde van Niekerk had the will but not the legs as he ended fifth in the men’s 400m on Friday (Saturday morning SA time), his first final in five ...
Sport
2 weeks ago

Shelly-Ann Fraser-Pryce claimed an astonishing fifth world 100m title on Sunday when she clocked 10.67 seconds to edge Shericka Jackson and Elaine ...
Sport
3 weeks ago
Next Article