Xaba delighted as Grand Prix gives her province a date

Elite runner urges Mpumalanga to do more to help its athletes 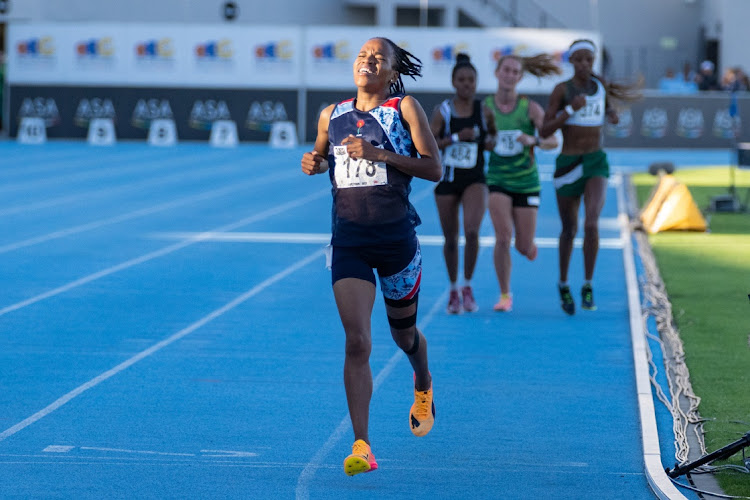 Glenrose Xaba is one of SA's top athletes who hails from Mpumalanga.
Image: Mark Sampson

Top runner Glenrose Xaba has urged Athletics Mpumalanga, her home association, to invest in the development of athletes in the province and plug the talent drain which benefits other provinces.

There's a buzz in the "Place of the Rising Sun" since provincial capital Mbombela was confirmed in the Spar 10km Grand Prix calendar this year, on July 16. It replaces  Pietermaritzburg, KZN capital, in the women only series.

The Grand Prix opens on May 28 in Gqeberha, followed by dates in Durban, Pretoria and Johannesburg before the women's 10km challenge concludes in Cape Town in October.

Xaba, who is a former winner of the Grand Prix and one of favourites this year, is happy about the race heading to her home province.

"It's such an honour for Mpumalanga athletes because they don't get to run in the big races. For Spar to come up with the idea of putting Mpumalanga on the map, it is such a great idea; I'm very happy with that," Xaba, who hails from Embalenhle in Secunda, said.

Amid jubilation, Xaba is concerned about some of the conditions that some of her fellow athletes have to go through. Having been on the ground with them, she knows their needs and struggle.

She has as a result called out Athletics Mpumalanga to do more to support athletes, to avoid them jumping ship to other provinces.

"There are a lot of challenges there because Mpumalanga lacks support," Xaba said.

"The seniors are mostly affected as they only focus on the juniors. When I turned I went to Pretoria [as] it was hard for them to take care of me. They are good but when it comes to the seniors they lack support [programmes].

"Athletes end up going to other provinces, many athletes from Mpumalanga go to KwaZulu-Natal."

With the 2022 Spar Grand Prix season looming, past champion Kesa Molotsane believes Glenrose Xaba and Irvette van Zyl have a chance of wrestling the ...
Sport
3 months ago

This year's Spar Grand Prix will have a packed calendar as it will host six events nationwide, with Mbombela being the latest addition.
Sport
3 months ago
Next Article