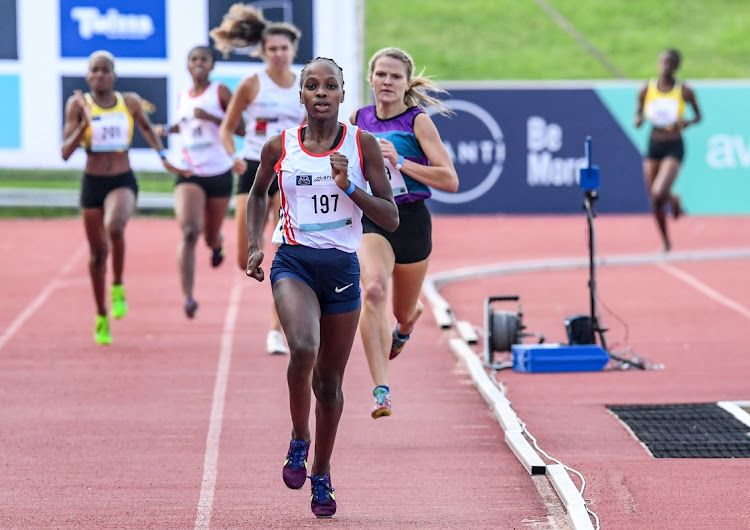 SA's track middle distances rising star Prudence Sekgodiso captured the attention of the athletics world when she won the 800m women's race in a spectacular fashion at the Kip Keino Classic Continental Gold Tour in Kenya at the weekend.

The 20-year-old won her race with a personal best of 1:58.41, in what was deemed the surprise performance of the meeting held in the Moi International Sports Centre in Nairobi.

Sekgodiso dominated hometown favourites Mary Mosa (1:59.87) and Naomi Korir (2:00.06), relegating them to second and third place, much to the disappointment of the Kenyan fans.

After her victory in Nairobi, Sekgodiso is in second place on the world lead podium for the women's 800m, behind America's Allie Wilson. The win also secured her a place in the 2022 World Athletics Championships that will be held in Oregon, US, from July 15-24.

The lass from Polokwane was pleased with how she performed and at being able to tick all of the goals she had set out for herself going to the track.

"I ran the personal best and a competition record, I'm excited," she said in her post-race interview.

"The plan was to qualify for the world champs and run a sub-two minute and all of that is sorted now," she said.

With qualification for the world championships secured, Sekgodisho has less weight on her shoulders and is looking to have a breeze of a season. While her race calendar is still unclear, especially after her heroics in East Africa, she's targeting the African championships in Mauritius from June 8-12 and the IAAF Diamond League races as preparations for the big one.

"[With the African champs] the plan there is I'm just going to run because all is done now. All is well now and I'm ready for anything.

"For now, I'm not sure [about future races] but my dream is to run in the Diamond Leagues," she said.

Meanwhile, in the ASA Marathon Championship held in Durban yesterday, Tumelo Motlagale was the men's winner in a time of 2:11.14 and Janet Mbhele won the women's race in 2:33.15.

The win was Dambile’s first as a senior athlete in what was also his debut in the SA champs.
Sport
4 weeks ago

Marioné Fourie stormed to victory in the women’s 100m hurdles in Cape Town on Friday, but the black south-easter that blew and spat into the Green ...
Sport
1 month ago

Simbine triumphs as drama marks day one of SA champs

Agony and triumph were the themes of day one of the ASA national championships that got under way at the Green Point Athletics Stadium on Thursday.
Sport
1 month ago

Akani Simbine won SA 100m crown No 6 in Cape Town on Thursday, but it was his most emotional by far, breaking down in tears in a media interview soon ...
Sport
1 month ago
Next Article