Olympic star to face stiff test from Munyai in 200m 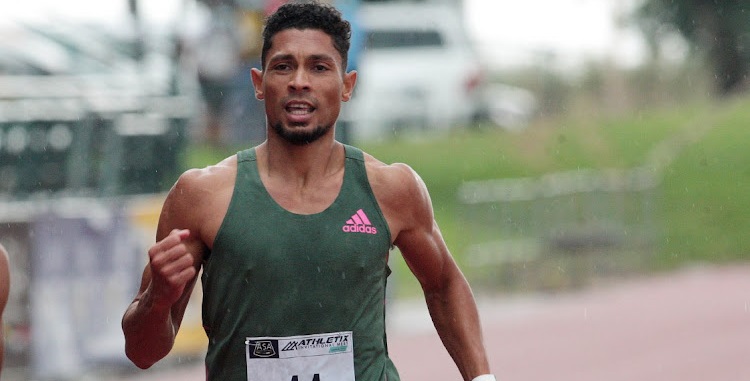 Wayde van Niekerk is expected to line up for the 200m in the ASA National Championships this week.
Image: Veli Nhlapo

The ASA National Championships will take the centre stage for major sporting events in SA this week. The athletics spectacle gets off the blocks on Thursday until Saturday at the Green Point Athletics Stadium in Cape Town, with the imminent return of Wayde van Niekerk being the talk of the town.

Van Niekerk is set to run in his first race of the year after he was sidelined by injury for a long time  and he is expected to line up for the 200m race. It will be sort of a homecoming as well; though Van Niekerk's base is Bloemfontein he was born in Kraaifontein which forms part of City of Cape Town.

With Clarence Munyai and Anaso Jobodwana also in the mix among an array of talent, the 200m event promises to be the marquee race for this year's SA Champs.

Munyai is going to Cape Town as the in-form 200m runner after his display in the fourth leg of the ASA Grand Prix in Germiston last week, winning the men's 200m race in 20.33.

"It was a competitive race, I wanted to execute what coach and I focused on. It was a week leading to the SA champs, running 20.33," said Munyai.

"The drive phase was perfect, I did what I was supposed to do. The transition coming to the curve was perfect.  The confidence is building up, I just want to be level-headed. The SA (race) is the one that matters, this year the rules have changed, you have to come in the top two. That's the important one, that's what we're working towards," he said.

Meanwhile Jobodwana, who has run in the Olympics and world championships and turns 30 in July, is at his prime as a sprinter despite disappointments of the recent past.

"I [have] told myself I'm starting from scratch, I'm not the Anaso Jobodwana from 2012.

"I'm starting from scratch and trying to find my way to the top with everybody. I'll be doing just the 200m, small steps ... that's what I'm telling myself," he said.

"I just want to take it one step at a time, especially with my 200m. I have to find what worked for me back then and just figure it out on the way."

Jobodwana, who was born in Aberdeen, Eastern Cape, is a 200m bronze medal winner in the 2015 World Championships.

Highly-rated junior sprinter Viwe Jingqi has confirmed that she’ll be running in the ASA Senior National Championships in Cape Town this week in what ...
Sport
3 months ago

Kenyan sprinter Ferdinand Omanyala dipped under 10 seconds as he downed local hero Akani Simbine in their 100m shoot-out at the fourth meet of the ...
Sport
3 months ago

Carina Horn returned after a two-year gap to snatch a narrow victory in the women’s 100m at the third meet of the grand prix series in Potchefstroom ...
Sport
4 months ago
Next Article