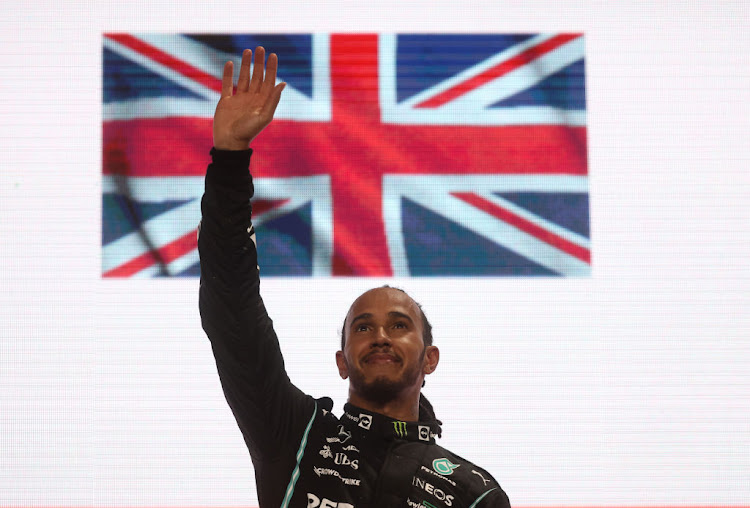 Lewis Hamilton will be driving towards a victory at this weekend's inaugural Saudi Arabian Grand Prix – a feat that will take the 2021 F1 driver's championship down to the wire in Abu Dhabi.
Image: Lars Baron/Getty Images

Red Bull's Max Verstappen has his first shot at winning the Formula One title in Sunday's inaugural Saudi Arabian Grand Prix but Mercedes rival Lewis Hamilton is chasing a hat-trick of wins to take the battle down to the wire in Abu Dhabi.

Seven-times world champion Hamilton, 36, has closed the gap on his 24-year-old rival to eight points in their clash of the generations after resounding back-to-back wins in Brazil and Qatar.

The championship has swung between the two and is now on a knife-edge. Victory for Hamilton under the floodlights in the penultimate race of the season on Jeddah's superfast 6.1km street circuit could catapult the Briton into the lead while a failure to finish is likely to end his hopes.

On paper the flat-out blasts along the Red Sea waterfront should favour Hamilton, whose Mercedes will once again have the “spicy” engine that powered the Briton from last on Saturday to first on Sunday in Brazil.

“Both titles are wide open, and our mission is clear,” said Mercedes team boss Toto Wolff, whose team are five points ahead of Red Bull in the constructors' standings and can wrap up that battle if they score 40 points more than their rivals.

“The car has been performing well recently and is probably in the best place it has been all season, with the drivers confident to push it to the limit.”

Verstappen has won nine races to Hamilton's seven but has a tougher fight on his hands after Mercedes' recent performance improvement.

He needs to finish at least second to have a chance of wrapping up the title with a race to spare.

If Hamilton finishes fifth or higher, the championship remains open even if Verstappen scores maximum points for victory and fastest lap.

The Briton will, however, draw level on points with Verstappen if he wins and takes fastest lap even with the Dutchman second.

“I’m feeling calm, I know that I will always try to do the best that I can and we’ll just find out where we are going to end up,” said Verstappen who made his Formula One debut in 2015 aged 17.

“Nothing has been decided yet and we are all up for the challenge, there’s still a lot of racing left to do and we are going to give it our all that’s for sure.”

Lower down the order, Ferrari could wrap up third place in the constructors' standings ahead of McLaren.

The Italians are 39.5 points clear of their Woking-based rivals with a maximum 44 points up for grabs after the race in Jeddah.

Formula One will also remember Frank Williams, former team principal and co-founder of the Williams outfit, who died on Sunday.

The team, the sport's third most successful in terms of wins, was sold to new owners last year but continues to race under the Williams name.