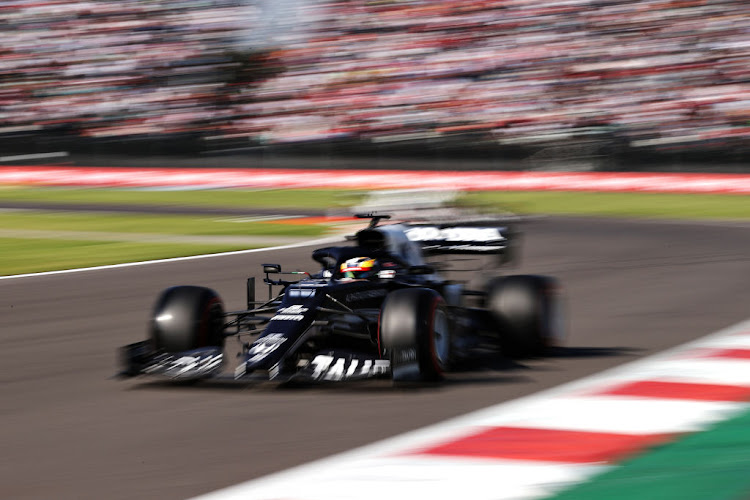 Yuki Tsunoda on track during qualifying ahead of the F1 Grand Prix of Mexico at Autodromo Hermanos Rodriguez in Mexico City on November 6 2021.
Image: Lars Baron/Getty Images

The driver for AlphaTauri, sister team of Red Bull Racing, was accused of wrecking the final flying laps of Verstappen and Mexican Sergio Perez at the Autodromo Hermanos Rodriguez.

The Japanese already had an engine penalty that was going to demote him to the back of the grid, but reached the final phase of qualifying with the aim of helping team mate Pierre Gasly with an aerodynamic tow.

Tsunoda, running slowly by then, went off track to get out of the way as Perez attempted his final flying lap, the Honda protege kicking up dust that then distracted the Mexican.

Verstappen, following behind, was also forced to slow.

The Dutch driver, who qualified third and leads Mercedes' Lewis Hamilton by 12 points with five races remaining, exclaimed over the team radio, "Unbelievable, such a dumb idiot".

"Both drivers were up on their last lap. Max was up two and a half tenths and I think Checo (Perez) was just under two tenths up, and I don’t understand why he [Tsunoda] was just cruising around at that part of the circuit.

"So it’s disappointing because it affected both the drivers. They are both pretty annoyed."

Verstappen, who will line up behind the Mercedes pair of Valtteri Bottas and Hamilton, said he had been on for a good lap time.

"There were two guys going off so I thought there was going to be a yellow flag, so I backed out and the lap was of course destroyed," he said.

Perez, the home hero, said Tsunoda going off at turn 11 had hurt his lap.

"He wasn’t a distraction; it was that I was too close to him and it forced me to brake. Once I did that I lost my downforce, and I think I got a lot of dirty air, lost the car, unfortunately, and lost my lap," he said.